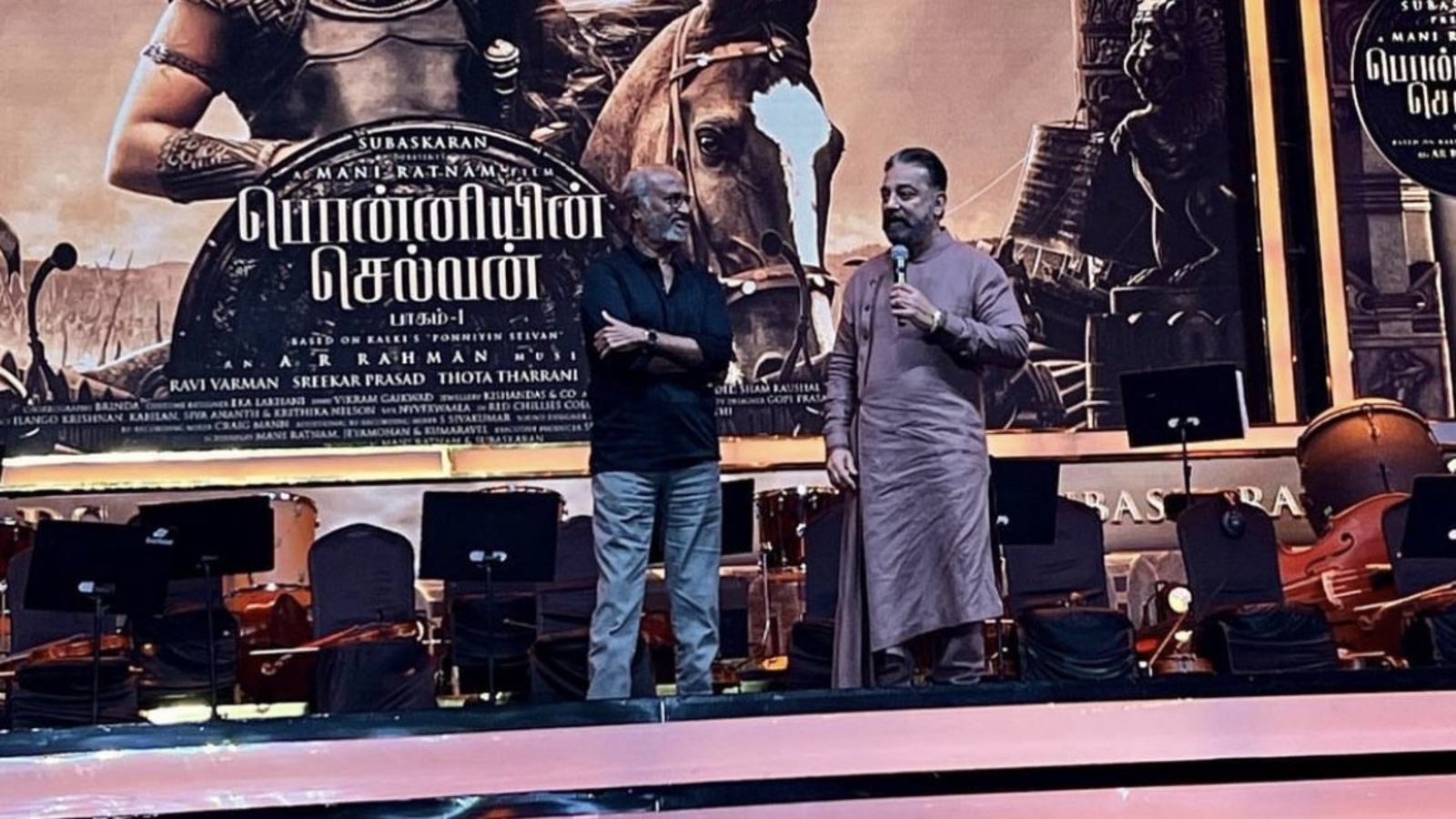 Actor Rajinikanth revealed an interesting anecdote about the experience on the sets of Mani Ratnam’s Thalapathy on Tuesday night’s Ponniyin Selvan trailer and music launch event. The film marked the duo’s first collaboration. At the event, Rajinikanth recalled his experiences working with Mani Ratnam and how he struggled to star in the film. It was a call to actor Kamal Haasan to help him shoot. (Read also | Kamal Haasan also wanted to do Ponniyin Selvan, wanted to occupy Rajinikanth)

Rajinikanth was one of the main guests of the event which was magnificently organized at Chennai Nehru Indoor Stadium. Kamal Haasan also presided as one of the main guests. At the event, Rajinikanth recalled his first filming experience for Thalapathy: “I remember coming back from Bombay to be part of the filming. I asked for a makeup man and they said only wear foundation. The costume consisted of loose pants and a loose shirt. I was surprised and asked what that was?”

Discussing the filming experience, he revealed that his first scene was with Shobana. “She was kind of a bully. She joked that I would be removed from the film and eventually replaced by Kamal. It was tough acting in the film. As an actor, I had a set of standard expressions. I had some for love and similarly some for basic emotions. Mani didn’t accept any. I remember he told me to feel. I asked how I should feel. I then called Kamal and said that it’s really difficult to play with this guy (Mani Ratnam). Kamal said, “I knew this was going to happen.” He suggested I ask Mani to take action and just copy him. That call really worked. Thank you Kamal,” he added.

Rajinikanth is currently filming his upcoming Tamil film Jailer. It also stars Tamannaah Bhatia, Ramya Krishnan and Vinayakan in key roles. He has teamed up with filmmaker Nelson Dilipkumar for this project, presented by Kalanithi Maran.

Recently, the film’s crew released Rajnikanth’s first look poster and broke the news to fans of the start of filming on the film. On the poster, Rajinikanth wore a cream shirt and khaki pants. Rajinikanth was last seen in Annaatthe directed by Siva which was released for Diwali in 2021 to mixed reviews.