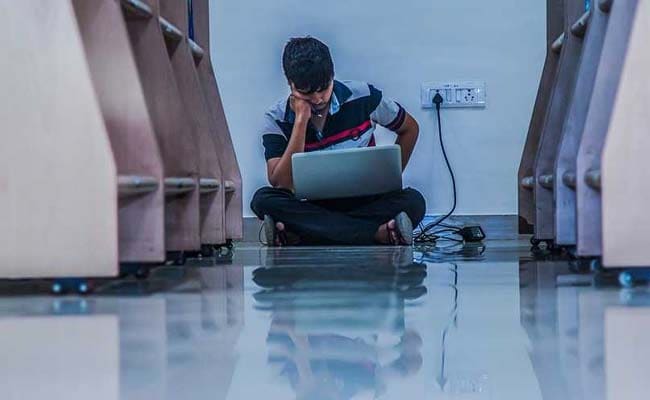 Students worried not only about delays, but also about the long-term prospects if they were rejected. (Representative photo)

The suicide of a 23-year-old man in Haryana comes as a stark warning amid long waits and high rejections of visa applications by Canada and other countries – mainly due to lockdowns caused by Covid, among other reasons.

Western countries – favorite destinations for students, many of whom hope to build their lives there – said they were hiring new staff and prioritizing study visa applications, but the wait can stretch to months. A late refusal can lead to a loss of money and motivation. Rejection rates would also be on the rise in Canada.

Right now, if you’re considering a US visa, the wait can be over a year.

Canada takes up to six months for visas in general; but even for a student visa, the wait is three months, three times longer than before Covid. And that’s today’s update from the Canadian government website. People are waiting longer if their applications have been stuck during Covid surges over the past two years.

Although tourists may not mind, those trying to visit family or on business trips are the most affected.

The hardest hit are students, who in some cases start their online courses from here but then lose admission – and money – if they are rejected by the visa office.

There has been an unusual increase in the refusal rate, particularly in Canada, which is also causing anxiety among consultants. A Canadian Parliament committee report in May said 41% of India’s study permit applications were rejected in 2021. Data from 2018 shows it was 25-35%.

Since the number of applications has increased – barring a dip in 2020 due to the Covid spikes – the rejections look even bigger in absolute numbers. Over 3 lakh apps were decided last year, and the number is expected to cross 4 lakh this year as the world opens up further.

Cameron MacKay, Canada’s High Commissioner to India, said: “Unfortunately, we have a post-pandemic backlog of visas in every visa category. It’s a very serious backlog… We are investing more money and more of people to get through.”

There have been allegations that people from Asia and Africa are discriminated against. But the Canadian High Commission said that was not true. “All applications from around the world are assessed in the same way and against the same criteria, regardless of country of origin. Study permit applications are given priority for prospective students heading to a particular province or territory which has a Covid-19 preparedness plan,” a spokesperson said.

The delay and the fear of rejection are worrying students and families, especially in Punjab and its region, among the main contributors to these applications.

“My brother had applied for a student visa for a course starting next month, but we don’t have a visa yet,” Neetu Yadav told Jalandhar, who is part of the “NRI belt” in the Doaba region of Punjab. “Even if we postpone admission, there can be no guarantee of a place at the next session,” she added.

Ashish Ahuja, visa consultant at Jalandhar, said: “Canada has a backlog of over 24 lakh immigration applications, of all types, at present. new people to clear these backlogs. But it’s hard for us to convince students and parents.”

Canada is the preferred destination due to its relatively favorable immigration policies. Expectations are therefore higher, as is frustration.

The suicide of a 23-year-old man in Haryana’s Kurukshetra yesterday is an extreme end to that. It wasn’t immediately clear when he applied, but such was fate that he received his visa – only after he had already left.