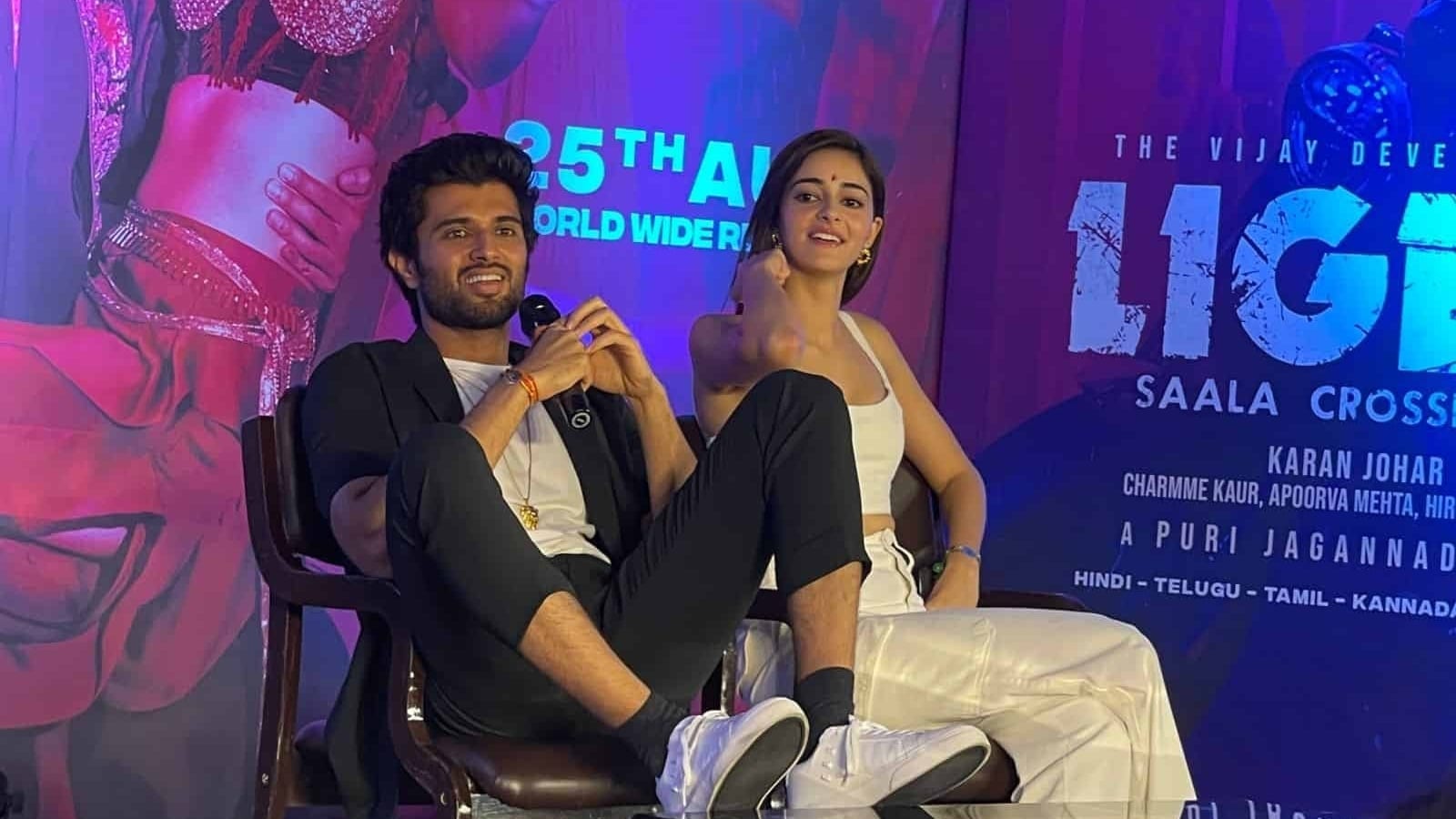 Vijay Deverakonda has responded to criticism he received for sitting casually during a recent press event for his upcoming film, Liger. Pictures and video from the event show Vijay in a white shirt and black pants jacket, with his feet up on a table as he spoke to the media. Also co-starring with him is Ananya Panday. (Also read: Vijay Deverakonda on Wearing Chappals for Liger Promotions: “Makes Life Easier”)

Some members of the media were upset with Vijay’s “arrogant behavior” and shared their opinion on social media. However, a TV5 news video showed the presenter explaining how Vijay was supposed to make a journalist comfortable by sitting so casually. The journalist asked Vijay if now that he is a Bollywood star he would speak to the media with the same ease. To make him feel comfortable, Vijay said you could stretch your legs and talk to me freely. He put his legs up on the table and everyone in the room burst out laughing.

Reposting the video on Twitter, he wrote: “Anyone trying to grow in their field will always have a purpose behind them – but we fight back 🙂 And if you’re honest, yourself and the best for all want – the love of men and God will protect you.”

Both Ananya and Vijay are currently busy promoting their upcoming sports action film Liger, which is slated to hit theaters on August 25, 2022 in Hindi, Tamil, Telugu, Kannada and Malayalam. After multiple delays due to Covid-19, the makers are currently promoting the film at full speed.

In addition to Liger, Vijay will also star alongside Samantha Ruth Prabhu in a multilingual film Kushi, due out on December 23, 2022.