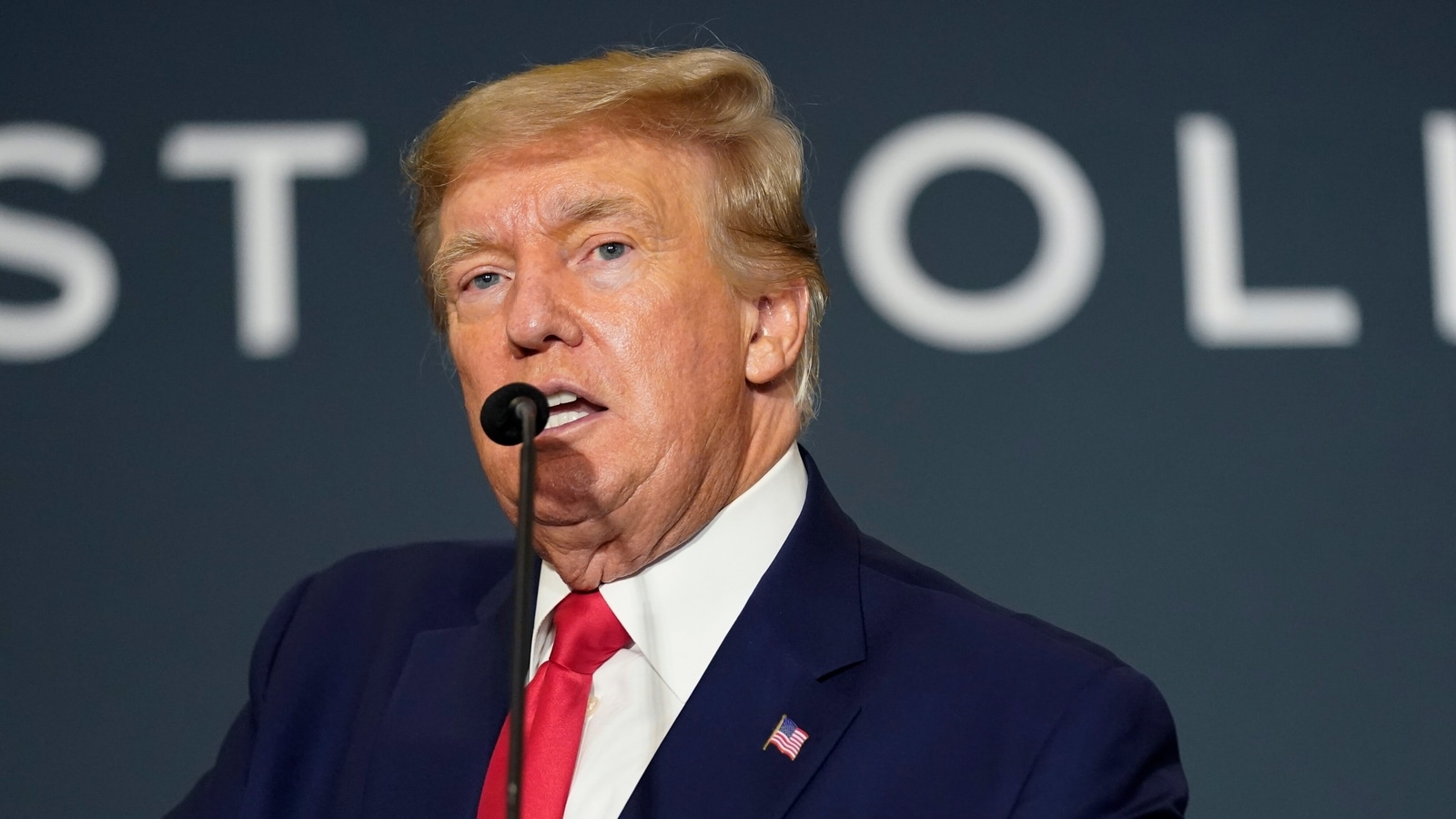 Donald Trump has blasted his successor Joe Biden as an “enemy of the state” at his first rally since the FBI searched the former US president’s estate in Florida for sensitive classified records.

Trump hit back at President Biden’s claim last week in Philadelphia that the former leader and his hardline Republican supporters are undermining American democracy.

Biden, in his speech outside Independence Hall in Philadelphia on Thursday night, said, “This is a nation that rejects violence as a political tool. We are still basically a democracy. Yet history tells us that blind loyalty to a single leader and willingness to engage in political violence are fatal in a democracy.

Trump, 76, called Biden’s remarks “the most vicious, hateful and divisive speech ever delivered by an American president.”

“There can be no more stark example of the very real threats to American freedom than just a few weeks ago, you saw, when we witnessed one of the most shocking from an administration in American history,” Trump said, referring to the Aug. 8 FBI raid on his Mar-a-Lago home.

He said the search was a “travesty of justice”.

He warned it would produce “a backlash like no one has ever seen”.

“It’s not just my house that was raided last month. These were the hopes and dreams of all citizens that I fought for,” Trump said in his nearly two-hour speech.

The former president was speaking in Wilkes-Barre, Pennsylvania to support Mehmet Oz, the Republican candidate for the U.S. Senate, and Doug Mastriano, the gubernatorial candidate.

His comments come as speculation intensifies over Trump’s announcement that he intends to run for president in 2024, ahead of the 2022 midterm elections in November.

The former president said, “The FBI and the Justice Department have become vicious monsters, controlled by radical left scoundrels, lawyers and the media, who tell them what to do.”

Investigators recovered thousands of documents, including more than 100 with classified and top secret markings that Trump took from the White House.

Trump, who is under investigation over his handling of classified records, denies any wrongdoing.

A Trump-appointed judge is reviewing Trump’s request for the appointment of a court official to review documents for anything covered by executive privilege.

Last week, Senator Roy Blunt of Missouri said Trump should have handed over the documents.

Court records show the FBI collected 18 documents marked as top secret, 54 marked as secret, 31 marked as confidential, and 11,179 government documents or photographs with no classification marking.

According to court documents, the sensitive government documents were in shipping containers mixed with news clippings, clothing and gifts.

Trump, a Republican, won the US state of Pennsylvania in 2016, a success in a series of generally Democratic states that fueled his victory over Hillary Clinton. But Biden won it in 2020. Ahead of the 2022 midterm elections in November, Biden is spending a lot of time in Pennsylvania, underscoring the political significance this year of what could be the ultimate battleground state of the country. PTI NSA AKJ NSA