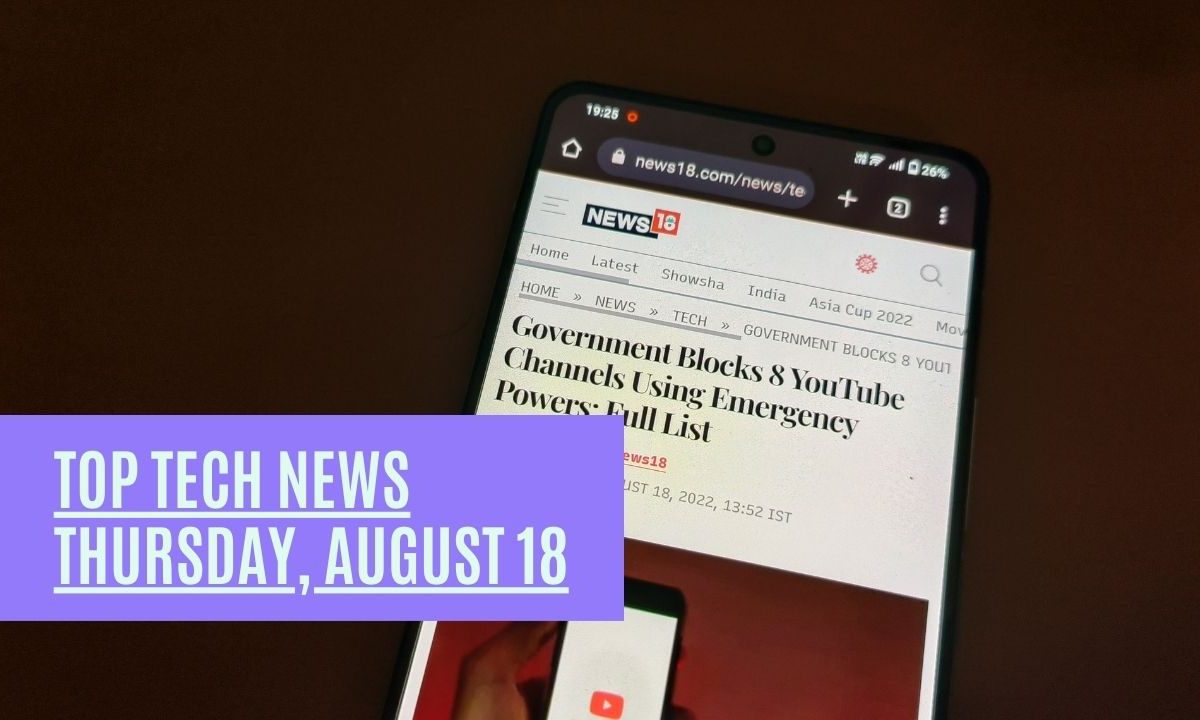 Hello and welcome to another episode of Top Tech News, where we talk about India’s planning for common mobile chargers like the EU, more blocked YouTube channels and a bonus tech tip.

The government will set up expert groups to explore the adoption of common chargers for mobile devices and all portable electronic devices and submit a detailed report in two months, Consumer Secretary Rohit Kumar Singh said on Wednesday. Coming out of the meeting with industry stakeholders, the secretary said India could initially consider switching to two types of chargers, including a Type-C port.

“It’s a complex question. India has a position in the manufacture of chargers. We need to understand everyone’s perspective – industry, users, manufacturers and the environment – before making a final decision,” he told reporters.

Each stakeholder has a different point of view and expert groups will be formed to consider these issues separately, he said.

The Department of Information and Broadcasting, using its emergency powers under the 2021 IT Rules, issued orders to block eight YouTube-based news channels, one (1) Facebook account and two Facebook posts .

The blocked YouTube channels were very popular and had a cumulative audience of over 114 crores, and were subscribed by over 85 lakh users. The government said 7 Indian and 1 Pakistan-based YouTube news channels were blocked under the 2021 IT rules.

According to a government statement, the purpose of the content posted by some of these YouTube channels was to spread hatred among religious communities in India. False claims have been made in various videos on blocked YouTube channels.

Tech Tip – How to Transfer Files Wirelessly on Android