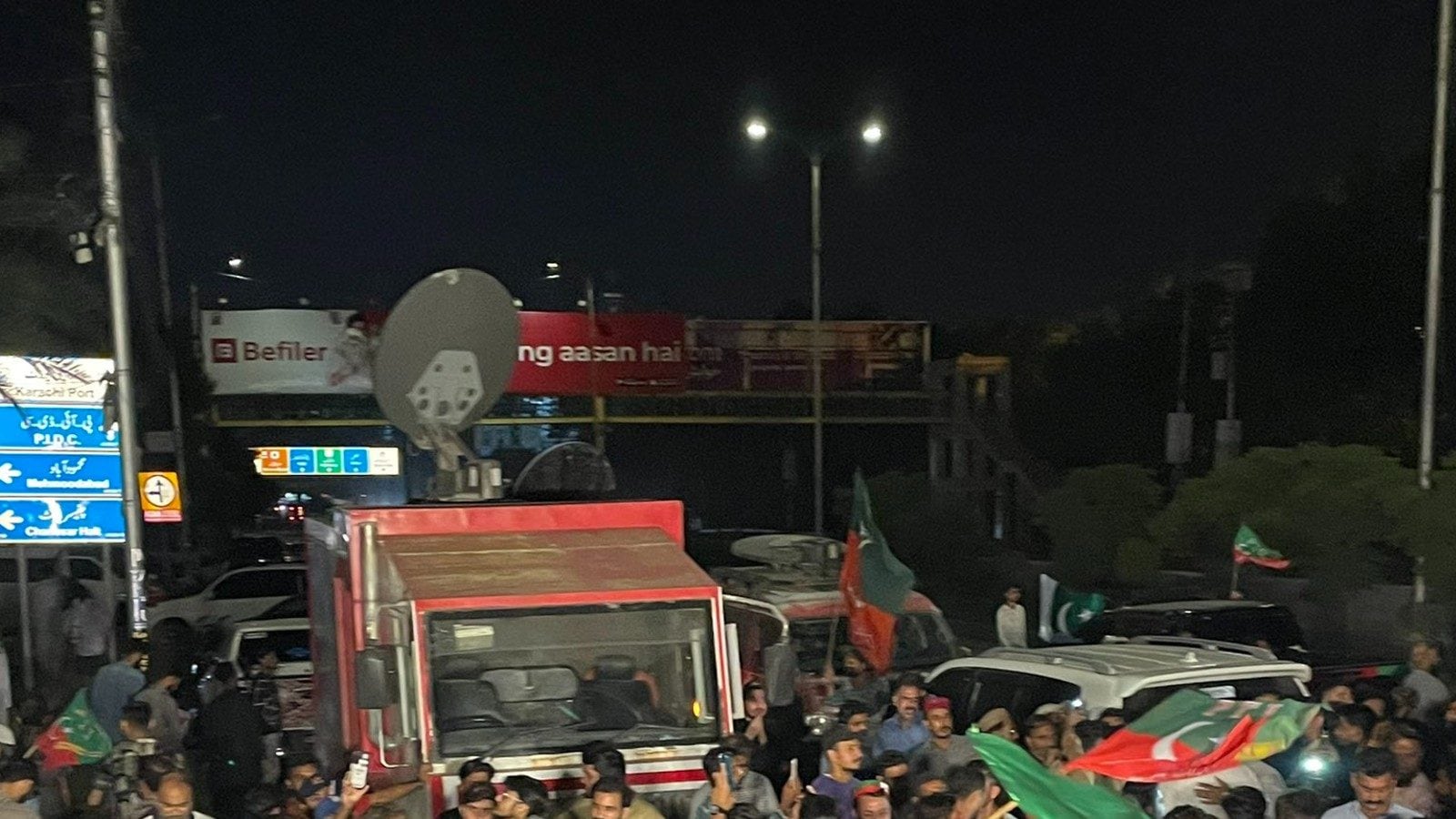 Political tensions are rising in Pakistan as former Prime Minister Imran Khan faces arrest on counter-terrorism charges following comments he made at a rally in Islamabad last week. Just as the news broke, hundreds of supporters supporting Imran Khan and his PTI party filled the streets of Islamabad. They camped outside the former prime minister’s house, vowing to “take control” of the capital if the cops try to arrest him.

Faisalabad is on the road for its leader @ImranKhanPTI ! @FarrukhHabibISF animate a large gathering! #عمران_خان_ہماری_ریڈ_لائن pic.twitter.com/CDjz3stzcH

Videos posted on Pakistan Tehreek-e-Insaf or PTI’s Twitter account showed hundreds of people marching in support of Khan. Protesters were seen chanting “Imran Khan is our RED LINE… don’t think to cross it”. Cops who were present at the scene, but claimed they were not there to arrest the former leader, but to maintain public order.

The FIR against Khan reads that in his speech he had “terrorized and threatened senior police officials and a respected female Extra Sessions judge” in an effort to prevent them from carrying out their duties and refrain from pursuing any action against anyone linked to his Pakistan Tehreek-e-Insaaf Party, PTI news agency reported. According to the latest message from the party, the PTI leaders have reached the High Court in Islamabad.

Women, children, elders and young people are present here in Bani Gala. All here to protect our leader! #عمران_خان_ہماری_ریڈ_لائن pic.twitter.com/cYl63aeB2b

According to media reports, YouTube services in parts of the country were disrupted during Khan’s speech and while his live speech was also “banned” from television channels on Saturday night by the electronic media regulator. Reacting to the action of Pakistan’s Electronic Media Regulatory Authority, Imran Khan lambasted and said: “The imported fascist government has sunk to a new low today by banning live coverage of my speeches at the television and then temporarily blocking YouTube during my speech in Liaquat Bagh. All of this after continued media intimidation and removal of channels earlier.

According to AP, police arrested Khan’s political aide Shahbaz Gill earlier this month after he appeared on private broadcaster ARY TV and urged soldiers and officers to refuse to obey. under the illegal orders of military leaders. Gill was charged with treason, which under Pakistani law carries the death penalty. ARY also remains off the air in Pakistan after the broadcast.