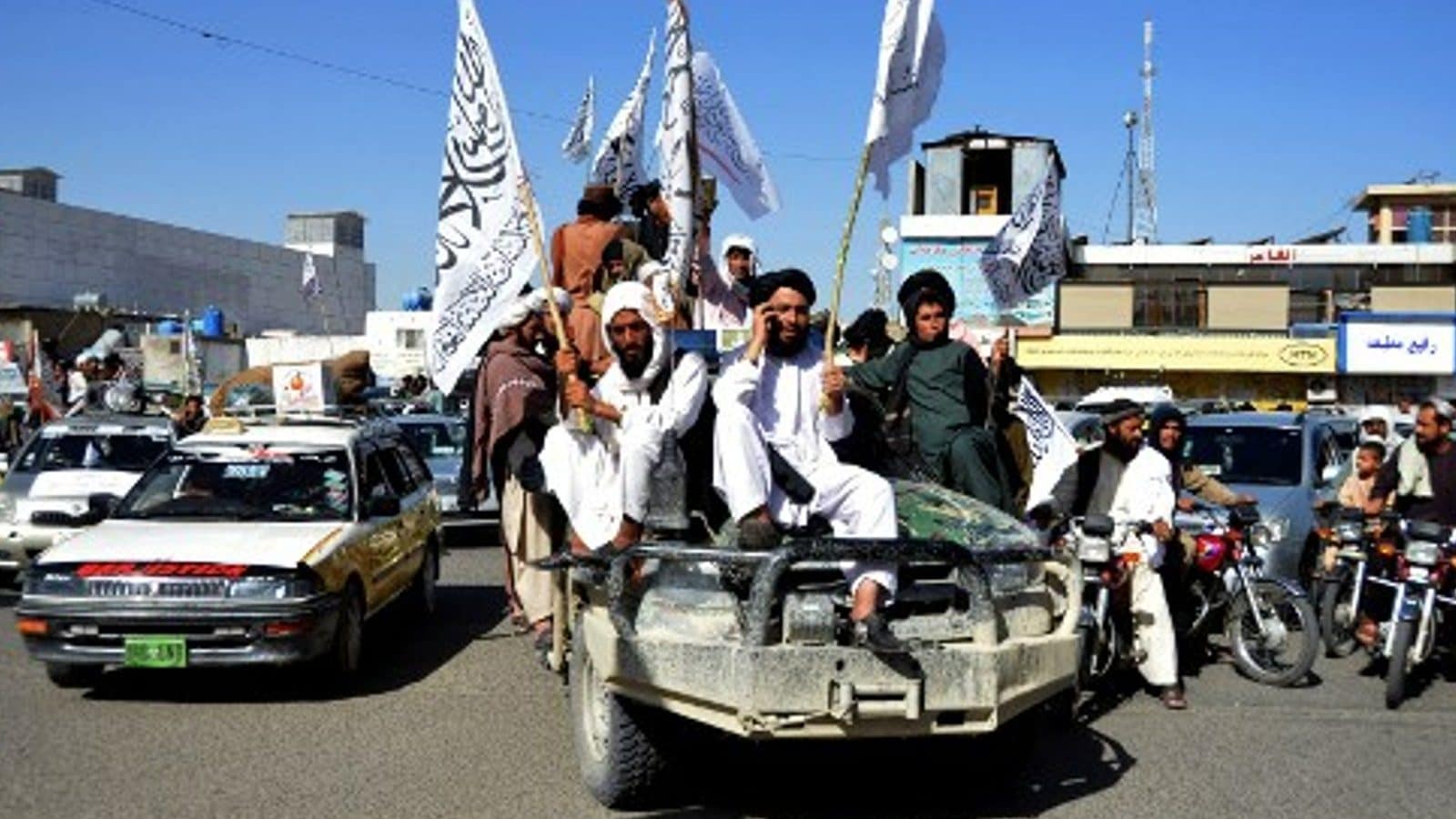 The Taliban marked the first anniversary of the withdrawal of foreign troops from Afghanistan on Wednesday with victory songs and a military parade showcasing equipment left behind by US-led forces.

Afghanistan’s new rulers – who are not officially recognized by any other nation – have reimposed their harsh version of Islamic law on the impoverished country, with women being pushed out of public life.

Despite restrictions and a worsening humanitarian crisis, many Afghans say they are happy that the foreign forces that instigated the Taliban insurgency are gone after a brutal 20-year war.

“We are happy that Allah has got rid of the infidels from our country and that the Islamic emirate has been established,” said Kabul resident Zalmai.

In a statement, the government said the day marked “the liberation of the country from American occupation”.

“So many mujahideen were injured, so many children were orphaned and so many women were widowed.”

Authorities held an official celebration that included a military parade at Bagram Air Base, the nerve center of US operations during the war.

Minutes later, dozens of military vehicles, including humvees and artillery tanks, seized during the war or abandoned by US forces during their chaotic withdrawal, paraded.

Foreign media did not have access to the event.

Celebrations were also held in several provinces, with locals reading poems and verses from the Holy Quran.

Hundreds of white Taliban flags emblazoned with the Islamic proclamation of faith fluttered from lampposts and government buildings, while squares across the capital were decorated with lights.

Kabul residents opted to stay indoors after authorities declared a national holiday, but hundreds of Taliban fighters gathered in Massoud Square next to the now closed US Embassy.

“Death to America! Death to the occupation! Long live freedom!” chanted the fighters.

“The flag of Islam flies high. We are happy to live under the banner of Islam,” Taliban fighter Shah Ahmad Omari told AFP.

On Tuesday evening, the skies above Kabul were lit up with celebratory fireworks and gunfire from throngs of Taliban fighters.

The plane carrying the last US troops took off from Kabul one minute before midnight on August 31 last year.

The departure ended America’s longest war, which began following the September 11, 2001 attacks in the United States.

More than 66,000 Afghan soldiers and 48,000 civilians have been killed in the conflict, but it is the deaths of American servicemen – 2,461 in total – that have become too much for the American public to bear.

“The burden of the war in Afghanistan, however, has gone beyond the Americans,” the US military said Tuesday.

More than 3,500 soldiers from other NATO countries were also killed.

Thousands of civilians were also killed in horrific Taliban bombings and gun attacks during the war.

Two weeks before the end of last year’s withdrawal, the Taliban seized power following a lightning offensive against government forces.

Taliban social media accounts have posted videos and photos of newly trained troops – showing off plenty of gear that the US military left behind.

“This is how you troll a superpower after humiliating it and forcing it out of your country,” read a tweet with a photo of a giant Taliban flag now painted on the wall of the states former embassy. -United.

Despite the Taliban’s pride in taking power, Afghanistan’s 38 million face a desperate humanitarian crisis – made worse after billions of dollars in assets were frozen and foreign aid dried up.

The hardships for ordinary Afghans, especially women, have increased.

The Taliban have closed high schools for girls in many provinces and barred women from many government jobs.

They also ordered women to cover themselves fully in public – ideally with an overall burqa.

“There are no good memories from the past year. I have to think twice about what to wear before going out, to avoid being beaten by the Taliban,” said resident Marwa Naseem. from Kabul.

“It also hurts to see that girls can’t go to school, which is part of normal life everywhere. The Taliban use religion only to prevent women from advancing.

But government spokesman Zabihullah Mujahid said last week that there had been “major achievements” over the past year.

“Afghans are no longer killed in war, foreign forces have withdrawn and security has improved,” he told reporters.