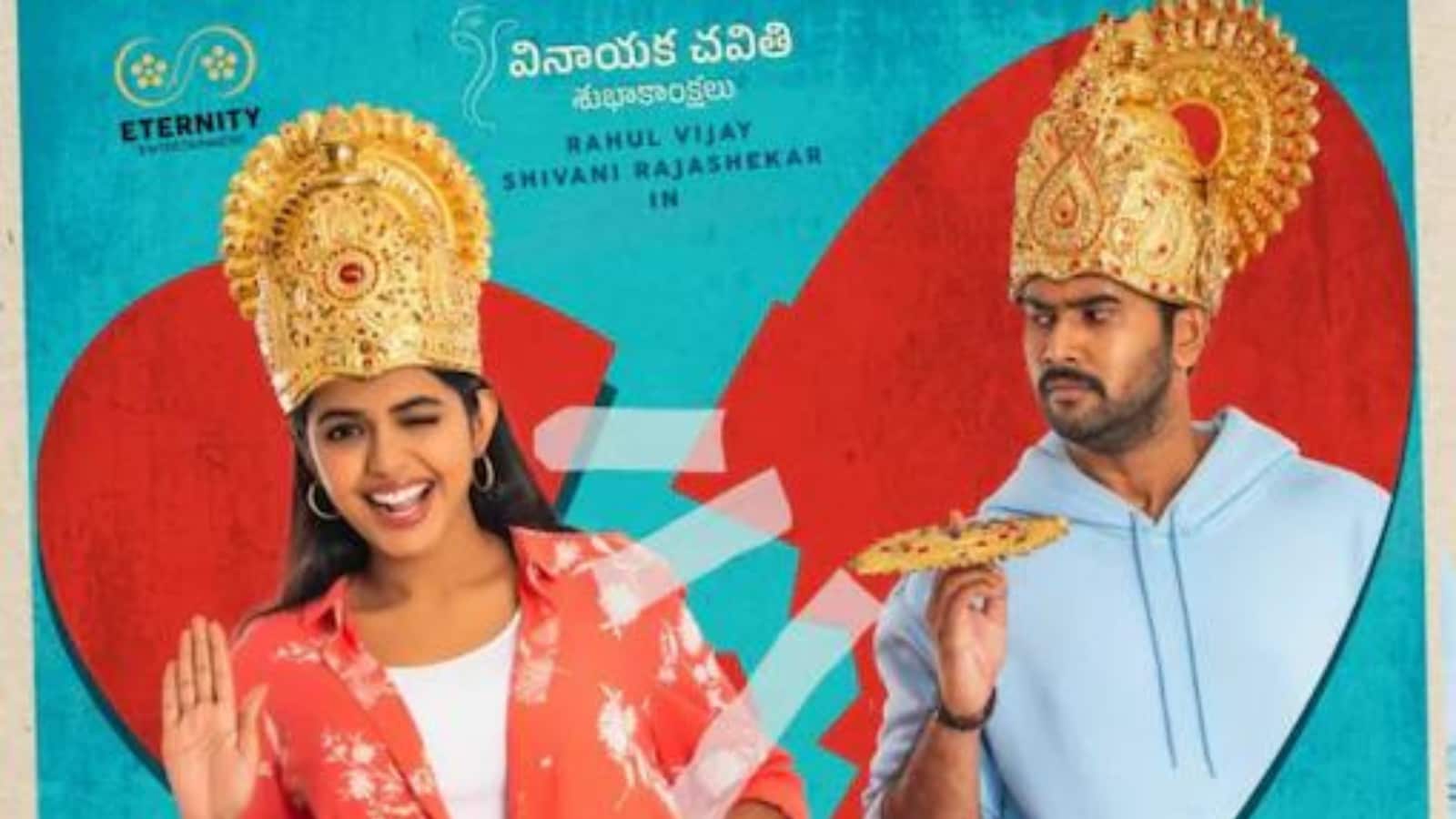 The title animation video also shows the origin of male and female in the world.

Vidya Vasula Aham is directed by Manikanth Gelli and financed by Eternity Entertainment.

The first look poster and title animation of Telugu film Vidya Vasula Aham starring Rahul Vijay and Shivani Rajashekar was released on August 31 to celebrate Ganesh Chaturthi. The film’s title animation was released by the creators on YouTube. The slogan of the title is “A Long Long Ego Story”.

Vidya Vasula Aham, directed by filmmaker Manikanth Gelli, is set to be a romantic drama as the title animation suggests. In the film’s first look poster, the two main actors, Vidya and Vasu, can be seen with a crown on their heads, and Vasu also holds a Sudarshana chakra.

The title animation video also shows the origin of male and female in the world. It also explains the different ideas and reasons behind the concept of marriage and how it is connected to the supreme trinity according to Hindu mythology – Lord Brahma, Lord Vishnu and Lord Shiva. It also showed that ego is the key factor that decides the future of marriage.

In the clip, the creators also showed examples of Ravana and Duryodhana as the main cause behind the great war of Mahabharata and Ramayana. Later they introduced the main characters of the film Vidya and Vasu. The animation clip gets a good response and has received nearly 1,000 views.

Vidya Vasula Aham is produced by Lakshmi Navya Makkapati and Ranjith Kumar Kodal under Eternity Entertainment. Venkatesh Rawthu wrote the film’s dialogue, while Satya Giduturi edited and Akhil Valluri operated the camera. The film is in the final stages of filming and will be in theaters soon.