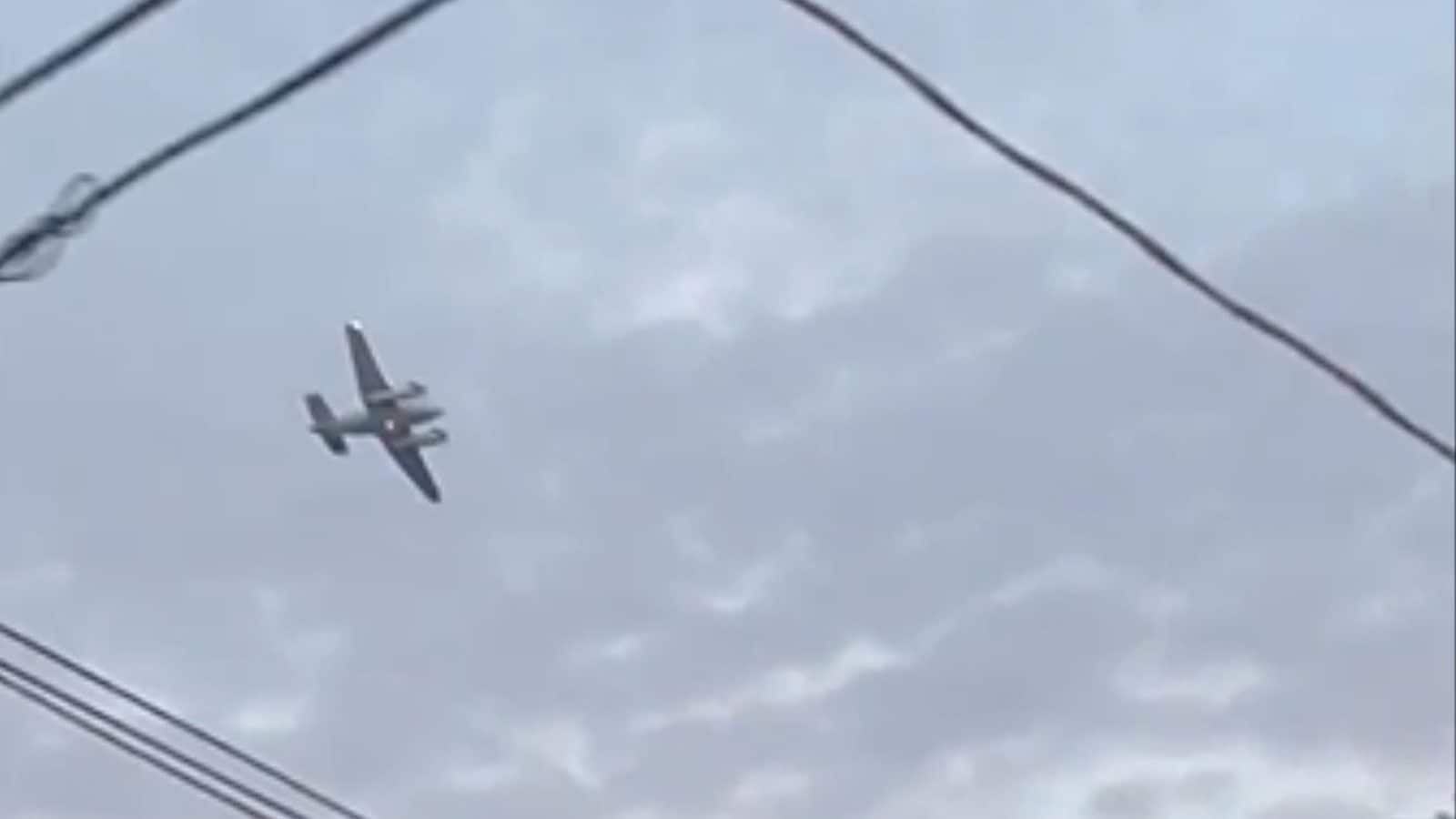 A pilot, who allegedly threatened to crash a plane into a local Walmart store in Tupelo, Mississippi in the United States, landed safely and was taken into custody, authorities said on Saturday. Governor Tate Reeves announced on Twitter that “the situation has been resolved and no one has been injured”. Reeves further thanked law enforcement who helped bring the plane down.

The plane, which had flown erratically over the city of Tupelo and a nearby area for hours, landed around 11:25 a.m. Eastern time (1525 GMT), Connie Strickland, a dispatcher with the office of the Benton County Sheriff.

Video shared by BNO News showed a plane circling overhead at low altitude. Police say the plane started circling around 5 a.m. and was still airborne more than three hours later. The pilot had contacted a 911 operator and was “threatening to intentionally crash into Walmart on West Main,” police said.

The Walmart and a nearby convenience store were evacuated, the Tupelo Police Department said, as quoted by The Associated Press. Police also said they made direct contact and the pilot called the emergency number around 5 a.m.

A map from the FlightAware website showed what appeared to be the plane’s path, an erratic zigzag pattern centered around Tupelo.

Officials said the aircraft appeared to be of the “King Air type”, a utility aircraft built by Beechcraft, usually with seating for six or seven passengers. “Citizens are asked to avoid this area until a green light is given,” police said in a statement. “With the mobility of an aircraft of this type, the danger zone is much larger than even Tupelo.”

Authorities say the plane, later identified as Beechcraft King Air C90A, was likely stolen and are working to determine if the pilot threatening to crash the plane is an employee of a local airport, said to the AP two people briefed on this. The case is being investigated by several federal agencies, including the Department of Homeland Security.

Law enforcement and state emergency officials are closely monitoring this dangerous situation. All citizens should be alert and aware of updates from the Tupelo Police Department. https://t.co/hQ8GxcR8s0

Governor Tate Reeves, in a post on Twitter, said state law enforcement and emergency officials are closely monitoring this dangerous situation. “All citizens should be alert and aware of updates from the Tupelo Police Department,” he added.

Law enforcement told the Northeast Mississippi Daily Journal shortly after 8 a.m. the plane left the airspace around Tupelo and was flying near a Toyota manufacturing plant in nearby Blue Springs.