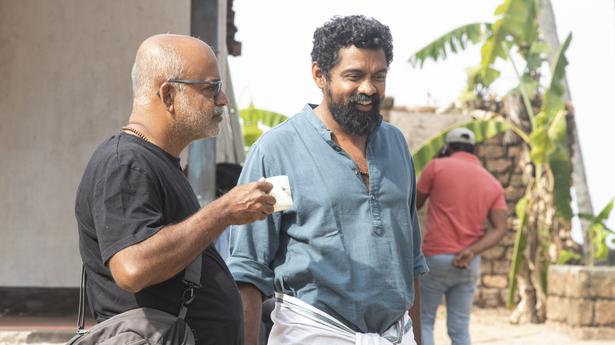 The director talks about the Malayalam film Oru Thekkan Thallu Case, an adaptation of the short story by GR Indugopan

The director talks about the Malayalam film Oru Thekkan Thallu Case, an adaptation of the short story by GR Indugopan

A film adaptation of the short story by GR Indugopan Case of Amminipillai Vett to Case Oru Thekkan Thallu presented a number of creative challenges, admits director Sreejith N. The short story had appeared in a popular weekly and Sreejith, a fan of the author, was so taken with it that he wanted to make a film.

Set in 1980s Anchuthengu near Kollam, the film is about a “group of people, their families and conflicts. Like all Indugopan stories, this one was rooted and had the potential for a movie,” he says. After acquiring the rights, he developed the screenplay with Rajesh Pinnadan. While the original story takes place over a couple of years, they adapted the plot to span six months.

“I hope we were able to do justice to the original. We had to make changes for the medium [cinema]. In doing so, we were careful not to lose the soul of the story.” Sreejith says he carried the idea with him for four years, including pre-production, which alone took two and a half years.

Sreejith is a graphic designer and a graduate of Fine Arts College, Thiruvananthapuram. He is also the creative mind behind Old Monks Designs, which makes poster designs for films. Sreejith says he always wanted to make films and Old Monks was the stepping stone to get there. For more than a decade, Old Monks has designed posters for Malayalam cinema – by Ustad Hotel, Kumbalangi Nights, virus, Thuramukham, pada, Bheeshma Parvam to Malik, jallikkattu and Ee. mom yow to name a few. This work paved the way for Case Oru Thekkan Thallu.

The film stars Biju Menon, Roshan Mathew, Nimisha Sajayan and Padmapriya in the lead roles. “As the script began to take shape, we knew we wanted to do Bijuettan, Nimisha and Padmapriya. When it was ready we decided on Roshan. Like the Indugopan stories, this film has strong female characters.”

Padmapriya returns to Malayalam cinema after a hiatus. Since the milieu is set in the 1980s, they wanted actors who could reflect that time. “Padmapriya, for example, asked if she should lose weight, but we didn’t want her to because it didn’t justify it.”

Although the story takes place in Anchuthengu, there was no escaping “modernity”. Art Director Dilip Nath meticulously “reconstructed” the village near Kodungallur, Thrissur, capturing every little detail. As much as it is a faithful recreation of the period, it is not austere. There’s a touch of the surreal, says Sreejith. The Anchuthengu Lighthouse is important to the narrative; “It’s a character and it adds a fairytale quality to the story.” The lighthouse in the film is that of Udupi.

Due to the promotional material, the film has a rich visual quality. “I’m basically a designer and for me everything is design. I designed this film too,” he explains.

There were comparisons to this film with Ayyappanum Koshiyum, since both films deal with the conflict between two main characters. Sreejith makes that clear Case Oru Thekkan Thallu It’s not about two characters: “This is on a much bigger canvas, the narrative is great. There are multiple characters here with multiple conflicts.”