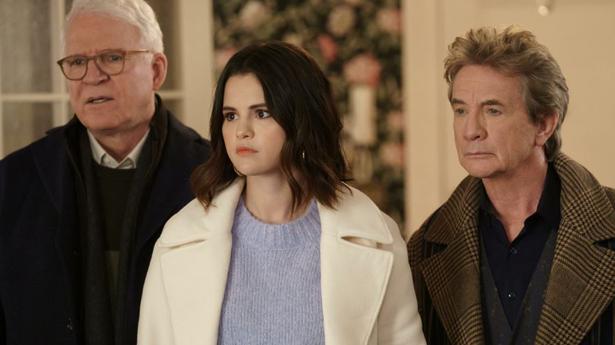 The second season of this crime comedy series lives up to their expectations, offering clever writing, warm and fleshed out characters, great acting, and a generous dose of humor

The second season of this crime comedy series lives up to their expectations, offering clever writing, warm and fleshed out characters, great acting, and a generous dose of humor

What a joy this show is! The second season of the comic mystery, Only murders in the building, created by Steve Martin and John Hoffman, is a breathtaking twisting ride laced with a generous dose of humor. The first season ended with the murder of Bunny Folger (Jayne Houdyshell), the CEO of Arconia, a swanky apartment building on New York’s Upper West Side.

Only murders in the building

Plot: Who killed Bunny Folger and who is trying to frame our three investigators/podcasters?

Detective podcasters Charles-Haden Savage (Martin), Oliver Putnam (Martin Short) and Mabel Mora (Selena Gomez) are arrested for the crime. With her superfans clamoring for another season of her true crime podcast aka Only Murders in the Building, an offering for a streaming series and a competing podcast called Only Murderers in the Building by Cinda Canning” (Tina Fey ), the merry trio must find Bunny’s killer and clear his name while delivering a gripping podcast.

Of course, they prove themselves to the task despite the many obstacles, red herrings (a talking parrot, a missing artist and a valuable painting) and an ever-growing list of suspects that includes a corrupt police officer (Michael Rapaport), a devoted fan of the a serial killer (Daniel Oreskes) and an abused assistant (Adina Verson).

Fathers feature prominently on the show, from Charles’ father, who appeared to be having affairs with everyone, to the poignant reason for Mabel’s father’s long absence. In between the brazzos (the cop show Charles was a star of in the ’90s) and solving the crime, Charles is also trying to be a father to his ex-girlfriend’s daughter, Lucy (Zoe Colletti). Oliver’s son Will (Ryan Broussard) convinces him that he (Oliver) is the best father he will ever have. There’s also the relationship between the deli owner and Oliver’s friend Teddy Dimas (Nathan Lane) and his son Theo (James Caverly).

Mabel may find love for posh British artist Alice (Cara Delevingne), while Charles still harbors feelings for his murderous girlfriend Jan (Amy Ryan). Like any good crime thriller, the Arconia is a character in its own right, with its graceful proportions and dusty, eerie corridors. And like any crime thriller worth the money, the resolution is a piece of theatre. The “killer reveal party, or a reveal party that is killer,” as one of the residents describes it, is where, as in all of those Agatha Christie novels, the suspects are gathered in one place and tricked into committing their backstabbing crime to confess.

The acting is excellent, as is the writing, creating warm and lived-in characters such as the new mother and CEO (Christine Ko), the talented bouncer (Teddy Coluca), the shy yodel (Michael Cyril Creighton), the detective (Da’ Vine Joy Randolph) or Charles’ “stunt and emotional” double (Jane Lynch).

The dialogue is sharp and snappy, with Charles saying “Manhatty” and “hot pours” – as if you’re watching Squid Games unsubtitled—or an artist (Shirley Maclaine) telling Charles, “I hope you charge rent from the people in your head.” Incidentally, stand-up comedian Amy Schumer, who plays herself, continues the tradition of artists playing fictitious versions of themselves to musician Sting’s apartment.

Season 2 also ends in murder, and with the show being renewed for a third season, it looks like Mabel’s wish for “a life far from death” is happily a long way off.

Only Murders in the Building is currently streaming on Disney+ Hotstar