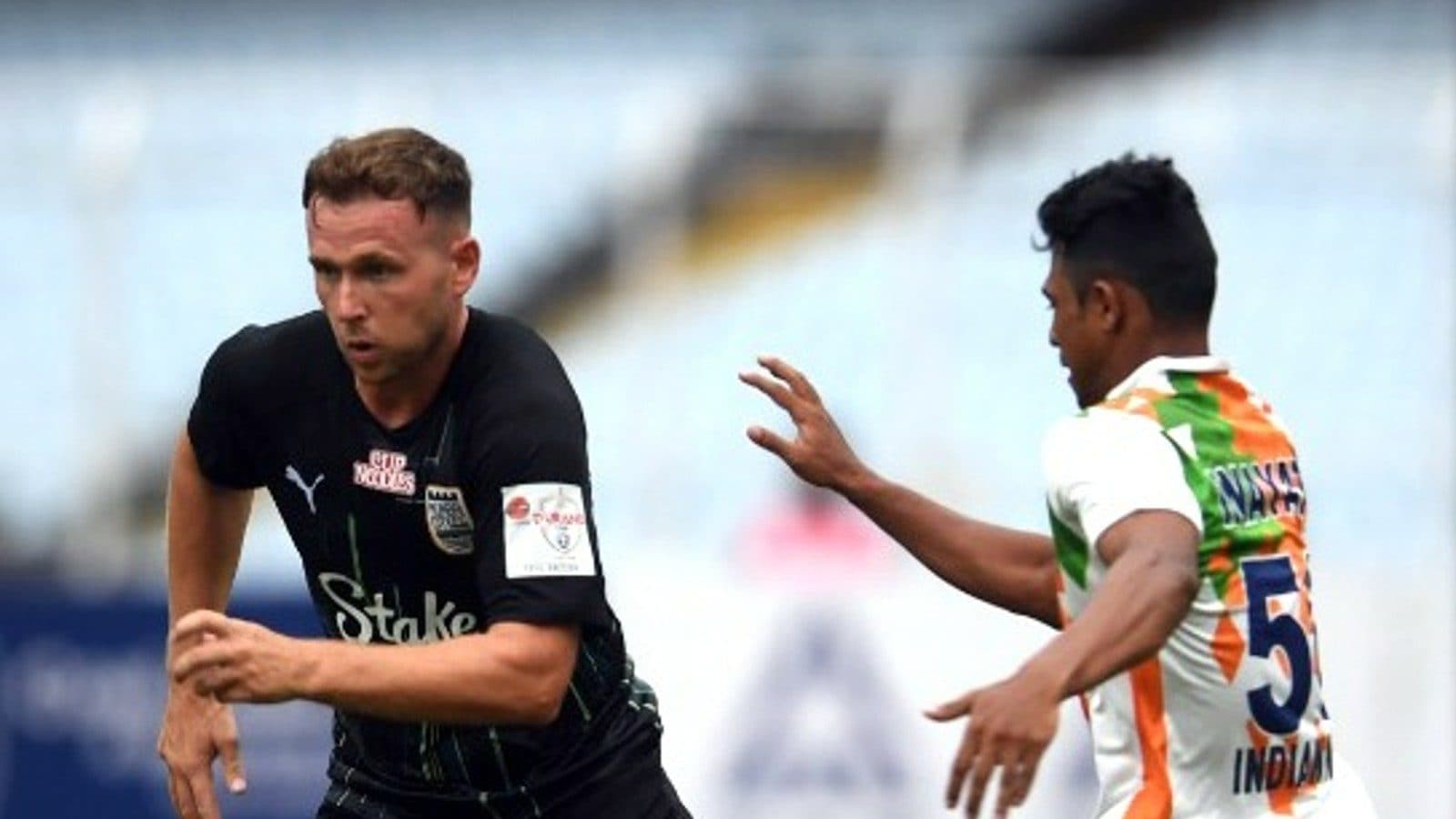 A two-goal blitz from substitute Lallianzuala Chhangte (89th, 90+1) in the space of two minutes after goals from Vikram Pratap Singh (45+4) and Greg Stewart (65th) gave the Islanders all the points in the group B

Former Indian Super League champions Mumbai City FC (MCFC) overcame early hiccups to beat Indian Navy 4-1 in their Durand Cup opener at Saltlake Stadium here on Thursday. A two-goal blitz from substitute Lallianzuala Chhangte (89th, 90+1) in the space of two minutes after goals from Vikram Pratap Singh (45+4) and Greg Stewart (65th) gave the Islanders all the points in the B group.

Star-studded Mumbai team dominated possession but failed to finish early as Indian Navy took the lead with a peach of a strike from Adersh Mattummal (43rd) against the run of play. -Seasoned Navy captain Velutha Kulathil Vishnu was resolute under the bar and made some fine saves to keep the ISL heavyweights at bay.

Finally, Des Buckingham’s side got the much-needed breakthrough in first-half added time when Vikram made a fine run inside the box from the right and scored the equalizer with a finish at acute angle out of reach of Vishnu. Scottish striker Stewart, the ‘hero’ of the ISL final season for Jamshedpur FC, then opened his account at MCFC, with his characteristic calm finish to give them the lead after an hour of play.

Spaniard Alberto Noguera was awarded the penalty after being knocked down in the box by rival defender Abhishek Joshy as Stewart put them forward. Coming off the bench in the second half, Chhangte then changed the game’s complexion with his attacking intent. Making amends for his 75th-minute miss, Chhangte then put the ball into the far corner to make it 3-1 just before regular time.

He then used Gurkirat Singh’s assist to perfection to complete his brace in the dying minutes to earn an easy win for MCFC.