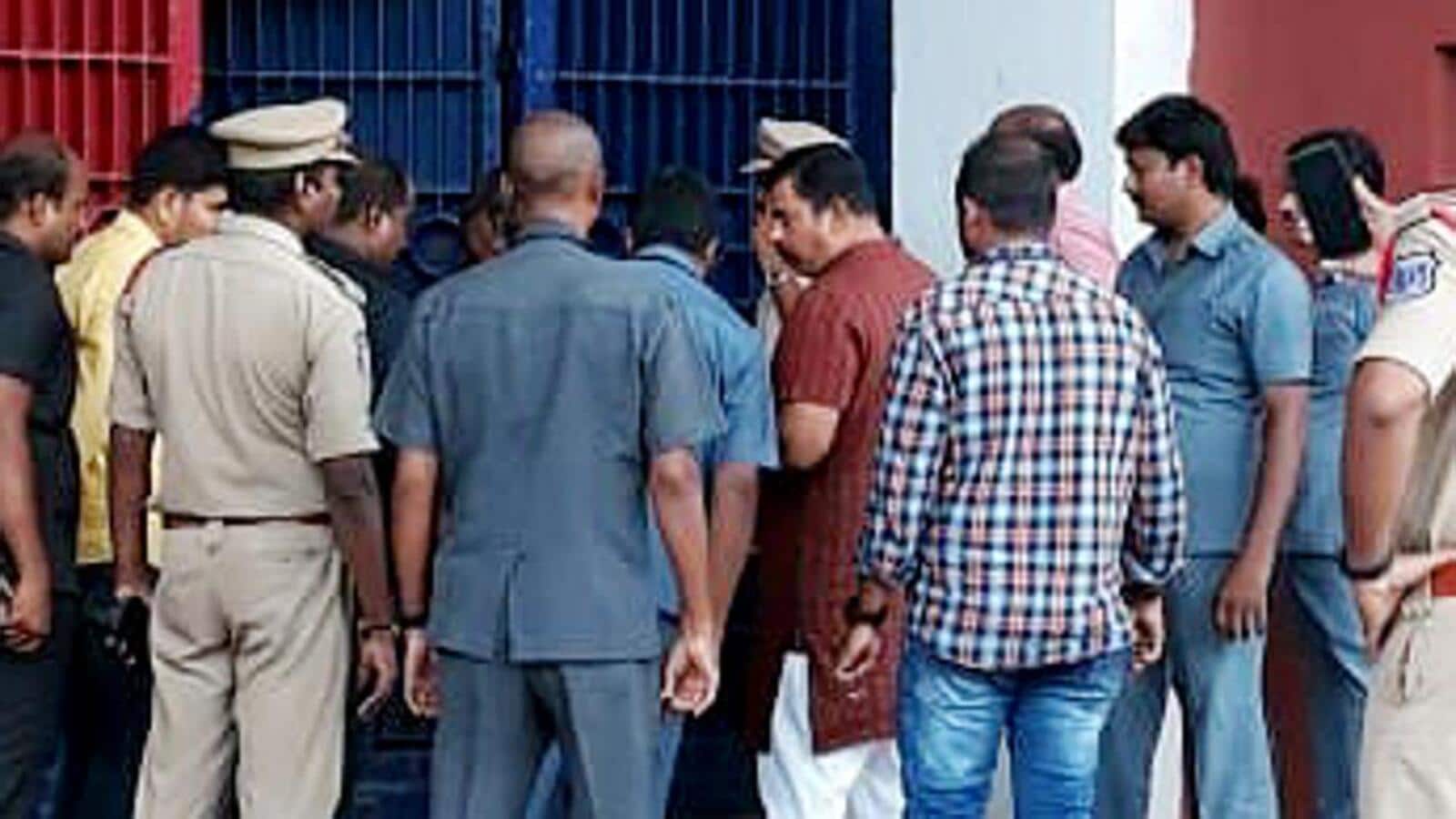 Raja Singh was also arrested on Tuesday for allegedly making derogatory comments against the Prophet Mohammed, which sparked protests in Hyderabad and led to the BJP suspending lawmaker Goshamahal. But a judge released him on bail a few hours later on the grounds that the police had not given him the notice required by law before the arrest.

On Thursday, officers from Shah Inayathgunj and Mangalhat police stations in Hyderabad visited the lawmaker’s office in Mangalhat and served him with a summons before taking him into custody.

In a statement, Hyderabad Police said Raja Singh had been detained under the Preventive Detention Act by order of Police Commissioner CV Anand and imprisoned at Cherlapally Central Jail.

The 1986 law empowers authorities to detain repeat offenders for up to three months, which can be extended by three months from time to time. Under the law, which primarily targets smugglers, dacoits, drug addicts, goondas and land grabbers, detention orders must be approved by an advisory board.

He said: “Records reveal that out of the total of 101 criminal cases registered against him since 2004, he was involved in (18) communal offenses in different police stations of Hyderabad City Police Commission, in plus several other cases”.

As the police team took the lawmaker away on Thursday, Singh supporters shouted anti-police slogans and attempted to resist police arrest. A major police deployment was carried out in Mangalhat and the surrounding area to avoid any unfortunate incident.

The Hyderabad Police statement said Singh usually delivered provocative and inflammatory speeches and drove a wedge between communities, leading to public unrest. “In a video posted on a YouTube channel, he made blasphemous comments against the Prophet Muhammad and his way of life,” Police Commissioner CV Anand said in the statement.

The MP also allegedly threatened to post further speeches and videos on this issue on YouTube. “Any venomous hate speech has the potential to provoke individuals to commit acts of rioting, indiscriminate violence, terrorism, etc. When the video went viral, protests erupted in different parts of Hyderabad city and other parts of Telangana e and have driven a wedge between communities and disrupted the peaceful nature of Hyderabad and Telangana State,” the senior police official said.

Hyderabad police are also removing older cases where no action had been taken so far. A police officer said a notice was also issued to Raja Singh in relation to his alleged hate speech and provocative songs during a Sri Ram Navami procession on April 10. The notice was issued under Article 41 of the Code of Criminal Procedure which empowers the police to summon suspects.

“The charges were brought against him under Section 153 (A) (promotion of enmity between different groups on religious grounds); 295(A) (Making comments in word or writing with the deliberate and malicious intent to outrage the religious feelings of any class), 504 (intentional insult with intent to break the peace) and 505(2)( making statements to promote enmity),” said a police officer from Shah Inyayatgunj police station.

Hyderabad Police also moved the High Court on Thursday, challenging the bail granted by the Nampally Metropolitan Magistrates Court. Police said the appeal is expected to be heard on Friday.

Meanwhile, the old city of Hyderabad remained peaceful on Thursday due to the massive deployment of police forces in all sensitive areas. While shops and other commercial establishments remained open, schools and colleges were closed until the weekend as a precaution.

There were sporadic incidents of violence late Wednesday night when Muslim protesters staged a procession through the Asha Talkies neighborhood of Shah Ali Banda to demand action against Raja Singh. They threw stones at the police who tried to stop the procession.

The police used the charge of lathi to disperse the agitators and arrested about 30 of them, who were throwing stones, in custody.

Ahead of special prayers at Mecca Masjid on Friday and the ensuing Ganesh Chavithi festival which begins next week, police have tightened security measures in the old city. The Rapid Action Force is already deployed in the Old City to deal with troublemakers and intensified patrols are also underway. Senior police officials are monitoring the situation, a police official said