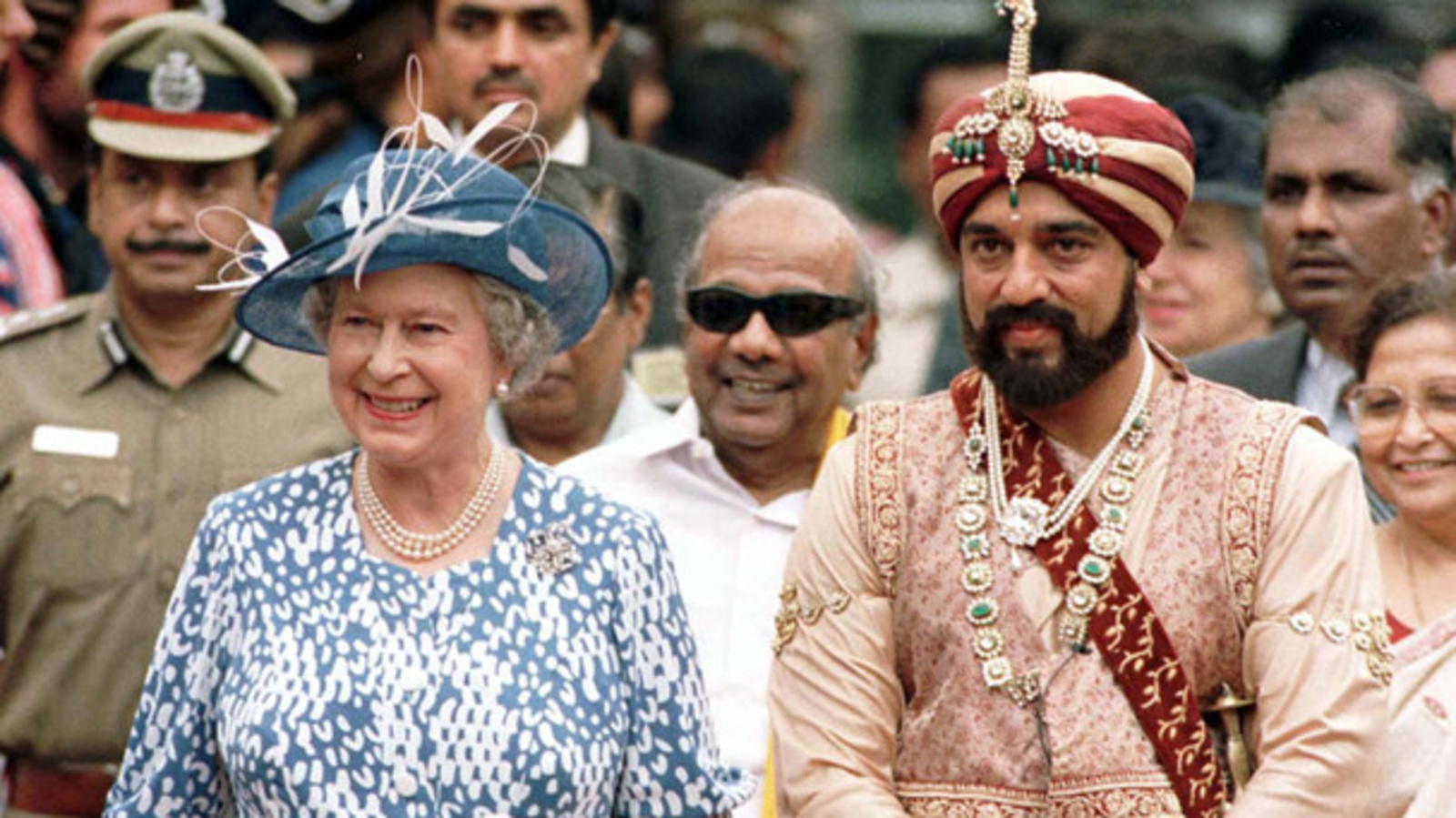 Actor Kamal Haasan recalled his two meetings with the late British monarch Queen Elizabeth II on Twitter on Friday. The Queen died at Balmoral Castle in Scotland on Thursday aged 96. Britain’s longest reigning monarch has been on the throne for over 70 years. She met Kamal twice, once during her visit to India in 1997 and the second time during the actor’s visit to Buckingham Palace in 2017. Kamal recalled calling her “probably the only filming she’s ever been a part of.” “ hosted. Also read: When Queen Elizabeth visited the sets of Kamal Haasan’s ‘most expensive Indian film’

Queen Elizabeth visited the sets of Kamal’s ambitious film Marudhanayagam in Chennai in 1997. The film that was eventually shelved would become the greatest Indian film of all time. The Queen had opened the shooting together with the then Prime Minister of Tamil Nadu, M. Karunanidhi. Recalling this, Kamal tweeted in Tamil on Friday: “I was saddened to hear the news of the death of Queen Elizabeth II of England. She was loved not only by the British, but by the whole world. 25 years ago she accepted our invitation and attended the opening ceremony of Marudhanayakam. It was probably the only film shoot she was a part of.”

Kamal shared a picture of himself greeting the Queen while visiting Buckingham Palace in London in 2017. “I vividly remember meeting her at a cultural event in London at the Palace 5 years ago. My deepest condolences to the people of England and the Royal Family for the loss of their beloved Queen.”

Kamal Haasan directed and produced Marudhanayagam while also playing the role of 18th-century warrior Muhammed Yusuf Khan. It was estimated that it was made on a budget of €85 crore during this period but could not be made as an international company withdrew funding from the budget.

Even Kate Winslet was offered the female lead of Marsha in the film, but she turned it down, prompting Kamal to go to Europe to look for the right star cast. At the big event in Chennai, Queen Elizabeth was shown a teaser at the launch, which was a fight scene that claimed the life of Kamal Haasan €1 crore.