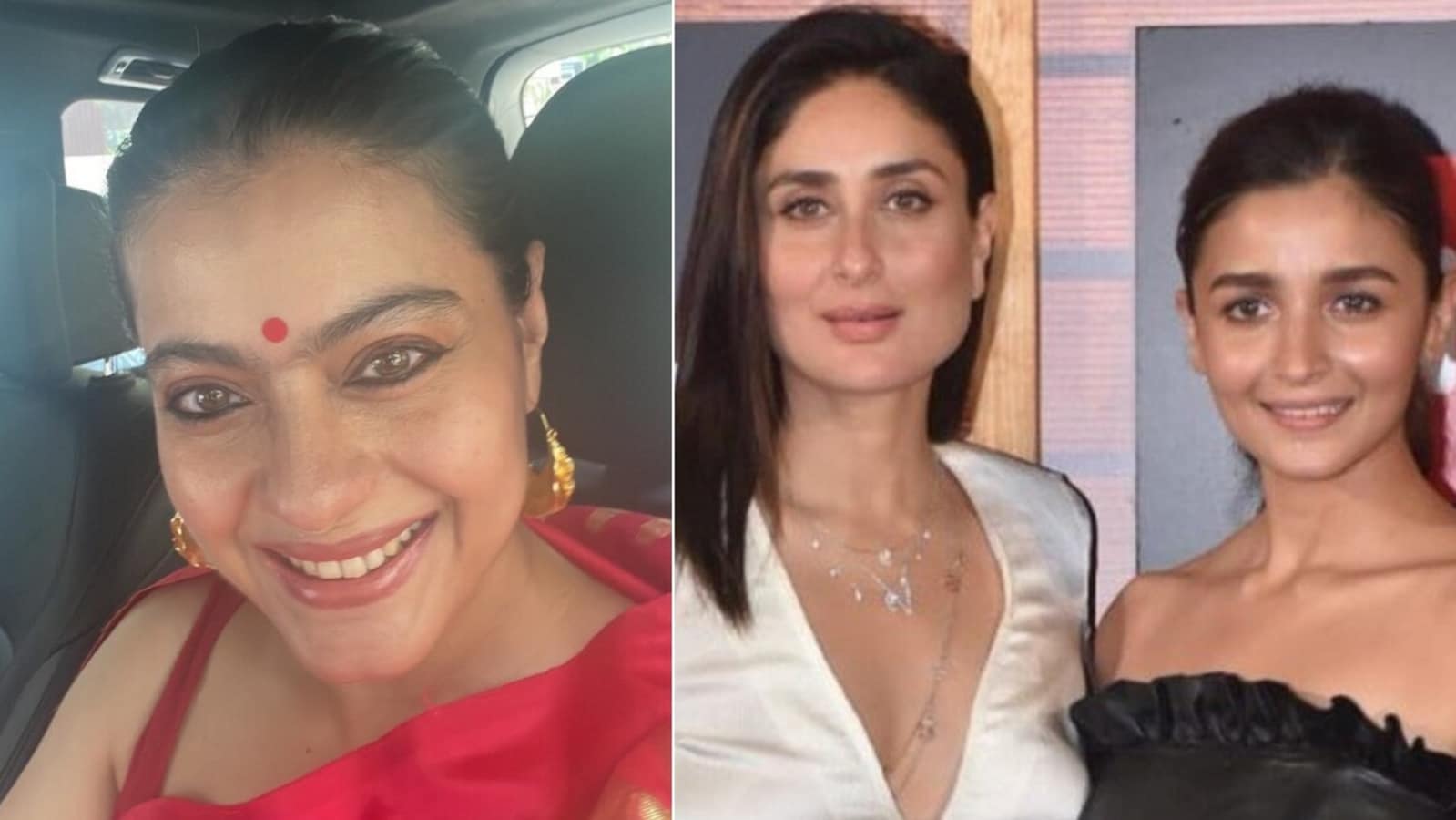 Bollywood stars celebrated Ganesh Chaturthi by sharing photos and messages with their fans on social media. On Wednesday, while many were wishing their fans to mark the occasion, a few dropped photos from their celebration. Kajol shared a photo of herself on top of Ganesh Chaturthi while Kareena Kapoor and Alia Bhatt sent love to their fans. Also read: Divya Dutta on Ganesh Chaturthi 2022: I’m too clingy every time Bappa comes home

Kajol shared a photo of herself sitting in a car. In the picture, she wore a red saree as she smiled for the camera. She captioned the picture, “Ganpati Bappa Morya.” Sharing a few photos of himself standing in front of Lord Ganesha’s idol, Kartik Aaryan wrote: “Ganpati Bappa Morya. Blessed to have my first darshan from #LalBaugchaRaja. Thank you Bappa for making this a life changing year. Aur hope karta hu aap aagey bhi meri saari mannate aise hi poori karte rahe (I hope you continue to grant my wishes the same way).” Sharing a photo of herself with actor-wife Genelia D’Souza, Riteish Deshmukh wrote, “The best wishes to Ganesh Chaturthi from Deshmukh family.”