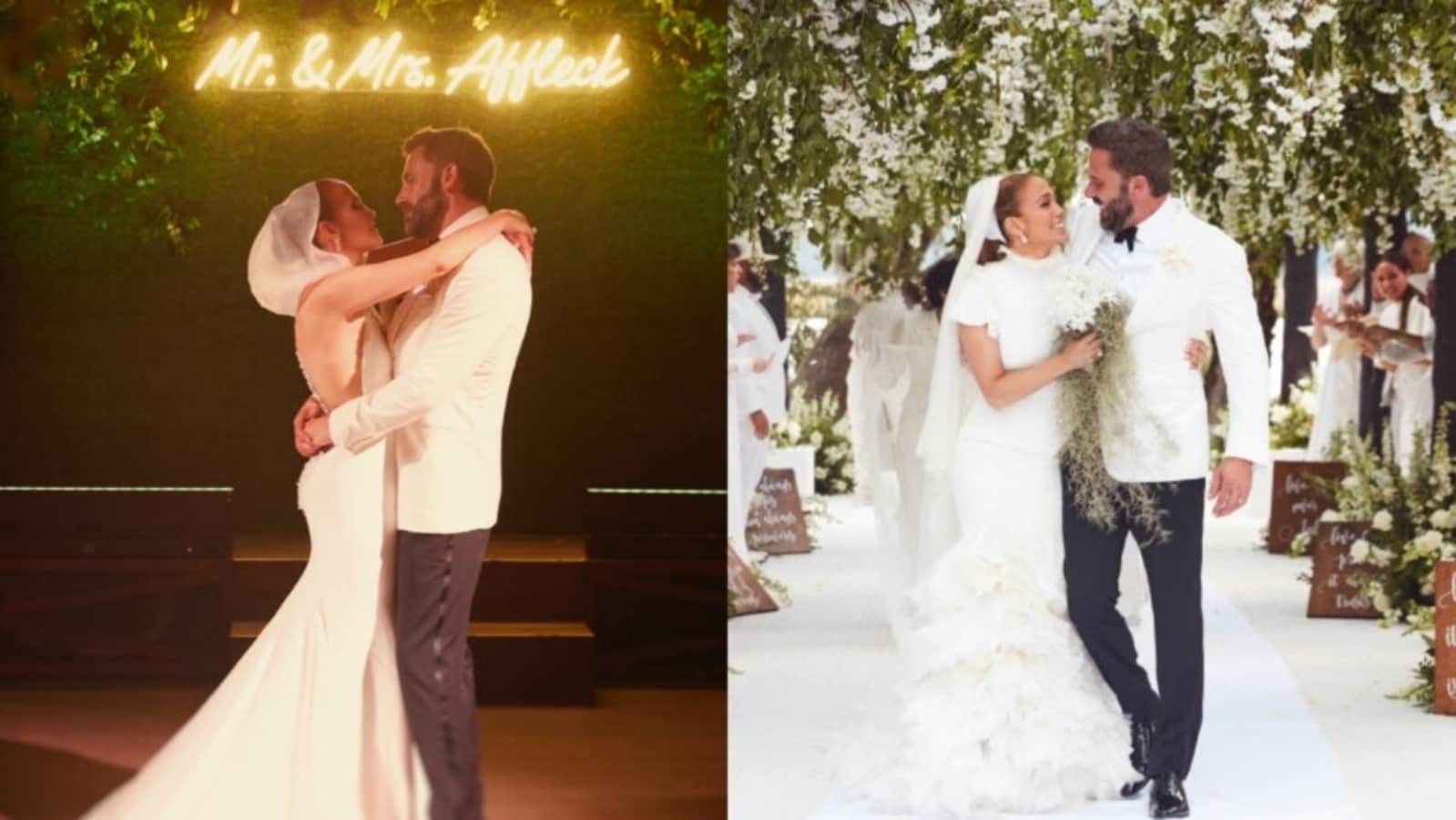 Singer and actress Jennifer Lopez has shared new pictures from her August wedding to actor Ben Affleck. In her newsletter On the JLo, Jennifer also revealed a bit about her wedding week and how things changed on August 20th, the day they remarried. Quoting a line: “This is heaven. Exactly here. We’re in it now’, from Ben Affleck’s directed film Live By Night, Jennifer revealed that he ‘also said it in his speech the night of our wedding reception’. Recalling her reaction, Jennifer said she thought it was “perfect.” (Read also | Jennifer Lopez wore three wedding dresses to her wedding to Ben Affleck)

Jennifer wrote how it rained every day that week, but at 6:45, Saturday, August 20, the sun broke out… As her ‘closest family and friends were seated’, she walked down the aisle, ‘to who would guide me the rest of my life’. Jennifer recalled how she and Ben discussed Marc Cohn’s True Companion as the perfect love song for the wedding “in that very house more than twenty years ago.” She revealed that she asked Marc to surprise Ben by singing the song at their wedding.

“Ben later told me that the song’s chords and the sight of Marc Cohn both shocked him and allowed him to feel both paths we had walked finding their way, inescapable, unstoppable and perfectly together… I would have.” many of these probably had the same thoughts if I hadn’t been so focused on not tripping over my dress, but once I got close enough to see his face it made the same wonderful sense to me.Some old ones Wounds were healed that day and the weight of the past was finally lifted off our shoulders,” she wrote.

Jennifer said they were both married before and we’re not really kids anymore, but somehow now seemed like the only age that made sense. She also wrote: “The truth is that everyone’s story is different and we all have to walk our paths. No two people are the same. But for us, this was perfect timing. Nothing has ever felt more right to me, and I knew we were finally “settle down” as you can only do when you understand loss and joy and are battle-hardened enough never to take the important things for granted consider or allow the silly, insignificant annoyances of the day to keep you from enjoying every precious moment.”

Jennifer and Ben tied the knot on July 17 during an impromptu visit to a Las Vegas wedding chapel. Ben proposed to Jennifer in April after the two rekindled their romance. The couple first began dating in 2002 and got engaged in 2003 before calling off the wedding and eventually separating.