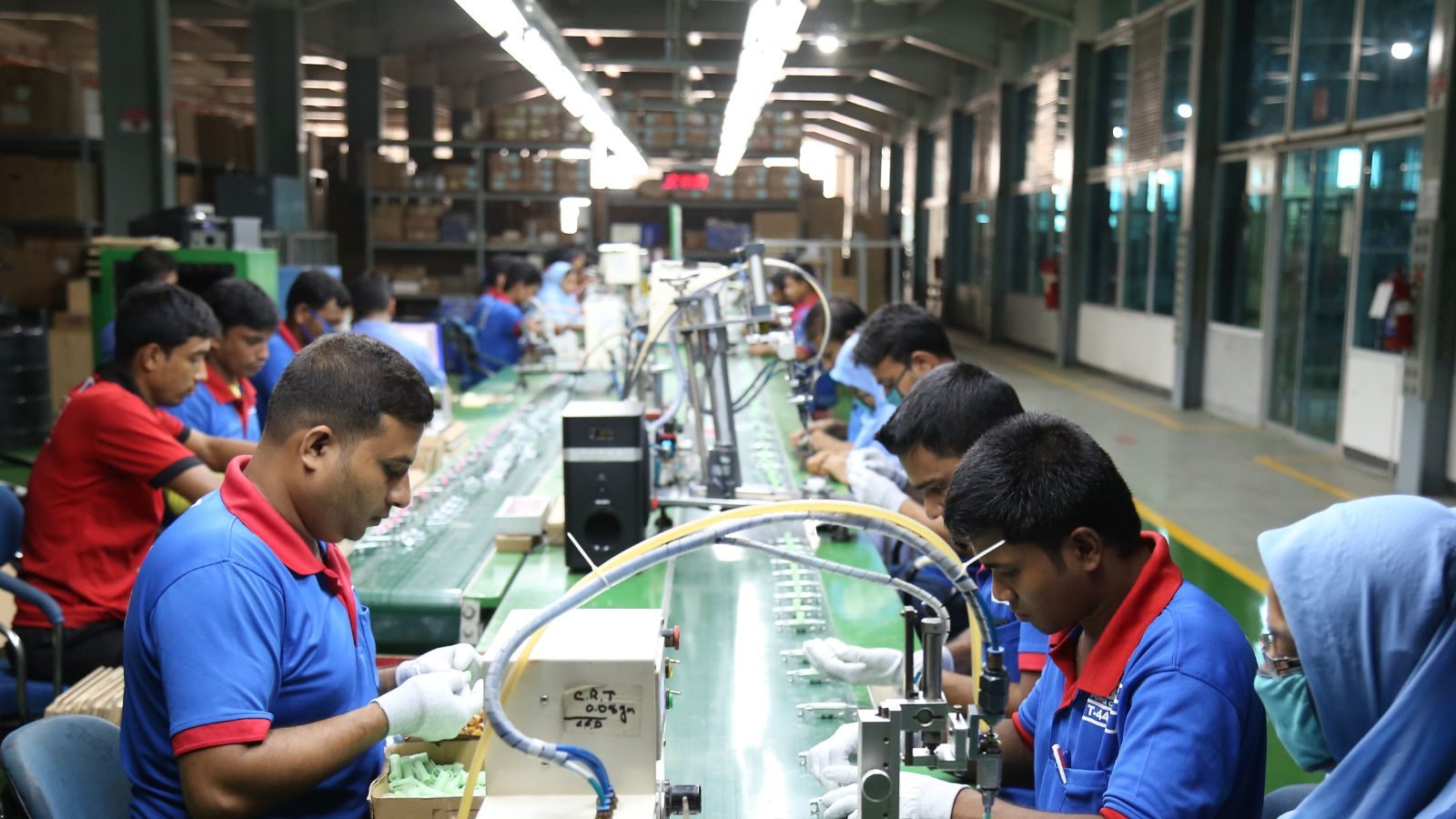 New Delhi: Indian manufacturing activity in August saw the second strongest improvement in operating conditions in nine months, boosted by strengthening demand conditions and easing inflation fears, it said on Thursday a monthly survey. Production volumes were also supported by a recovery in exports and optimistic projections for the outlook for the coming year. Companies have been the most optimistic for six years.

The seasonally adjusted S&P Global India Manufacturing Purchasing Managers’ Index (PMI) was little changed from July’s reading of 56.4, posting 56.2 in August. August PMI data indicated an improvement in overall operating conditions for the 14th consecutive month. In PMI parlance, a print above 50 signifies expansion while a score below 50 indicates contraction.

The level of optimism was at its highest level in six years. Stronger sales forecasts, new inquiries and marketing efforts all boosted confidence in August, according to the survey. On the inflation front, although manufacturers continued to report higher prices for a wide range of materials in August, the overall rate of cost inflation slowed to its lowest level in a year with the moderation in the prices of raw materials (particularly aluminum and steel).

“Companies hailed lower input cost increases and higher production forecasts amid renewed hope that contained price pressures will help boost demand. Inflation concerns , which had dampened sentiment around mid-year, appear to have fully dissipated in August, as evidenced by the jump in business confidence to a six-year high,” Lima said. input costs hit their lowest level in a year, but the pass-through of higher freight, labor and material prices to customers kept pace with rising output prices roughly from July, according to the survey.

The Monetary Policy Committee of the Reserve Bank of India, at its meeting from August 3 to 5, had decided to raise the key rate by 50 basis points to 5.40%. According to the minutes of its recent policy meeting, with the price situation remaining at an “unacceptable and uncomfortable” level, RBI MPC members stressed the need to prevent inflation from drifting upwards and bring it back to the target range.