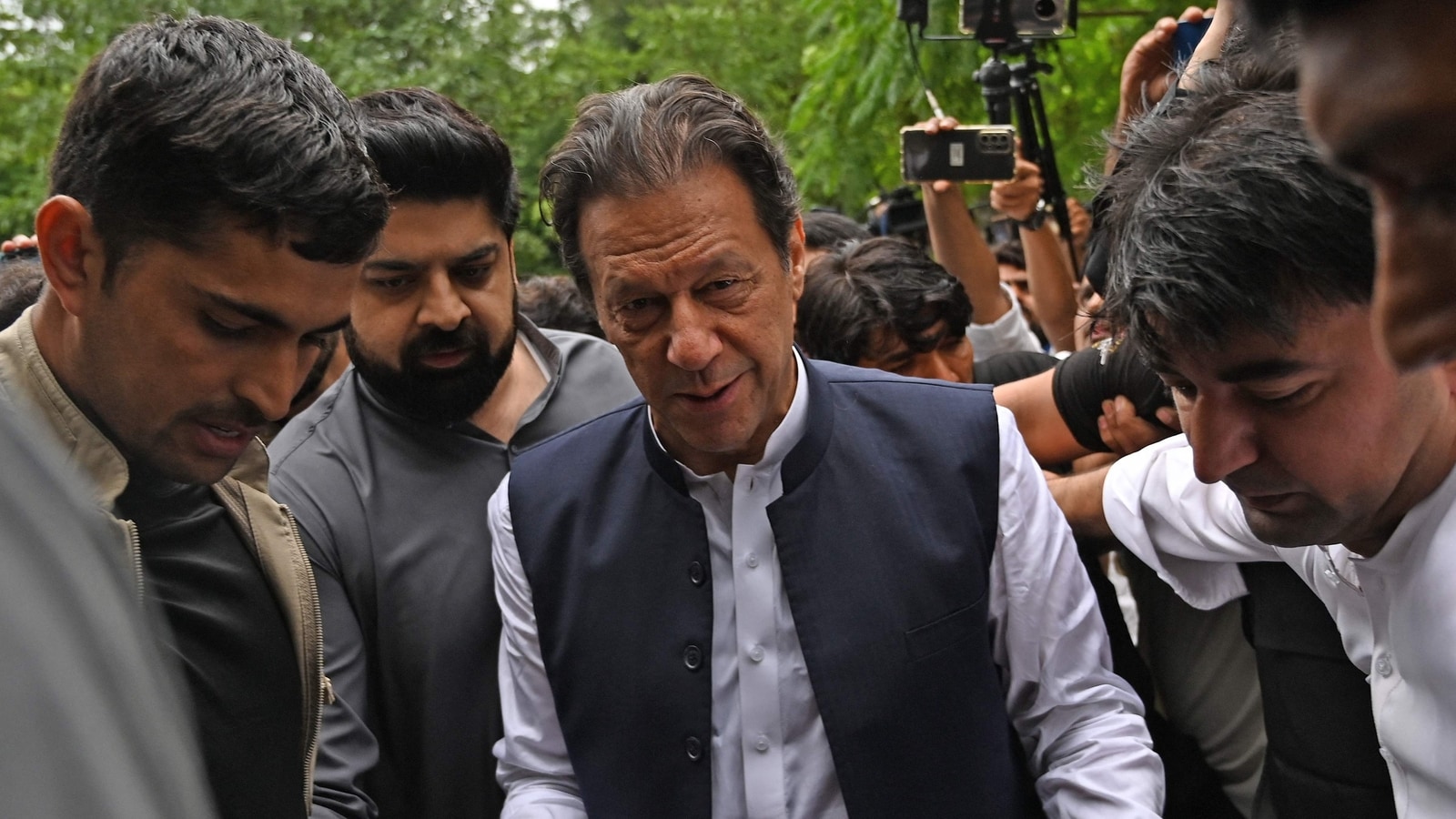 Former Pakistani Prime Minister Imran Khan – who continues to grab headlines months after the fall of his government – made another remark on Friday that caught the eye. The cricketer-politician was convicted in a terrorism case for his remarks against a female judge last week.

“I am very dangerous,” Khan told reporters on Friday, Pak-based The News International reported, a day after he received a week’s worth of reparations in the form of pre-arrest bail from a court of arrest. Islamabad. It was the second time in a week that the former prime minister had gone to court for bail.

Alleging that the government was trying to “arrest the leader of the biggest party” in the country, he added that Pakistan was being mocked. Claiming the country is facing ‘lawlessness’, Khan added: ‘There is no law here and all charges can be brought against anyone. They are looking for technical knockouts. Just to save themselves, they make fun of the country.

Imran Khan faces arrest in the terrorism case for his comments at a rally last week that was called over the arrest of PTI leader Shahbaz Gill. Khan and his party leaders alleged that Gill had been tortured in custody.

At the rally, however, Khan upped the ante against the Shahbaz Sharif government and made comments against a female judge linked to the case, and even against the electoral commission. In response, the media watchdog – Pakistan Electronic Media Regulatory Authority – banned his live speeches on satellite television channels.