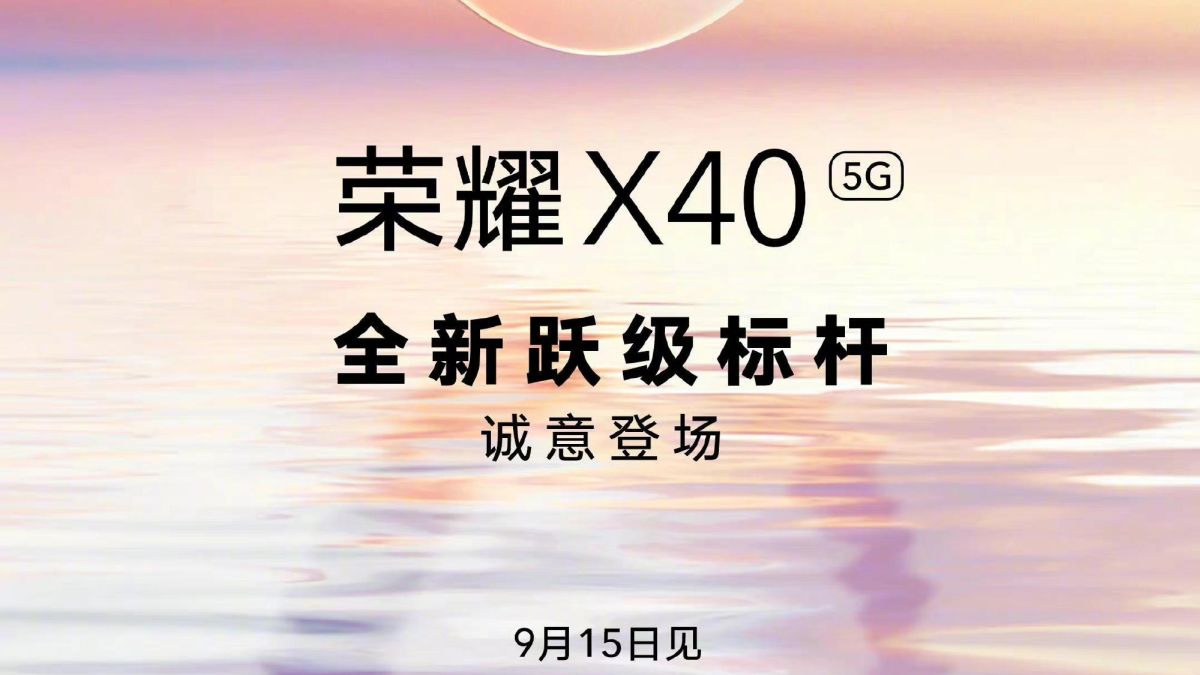 The Honor X40 series is set to launch in China on September 15, the company announced on Tuesday. Apart from the launch date, the company is yet to reveal any other details about the upcoming smartphones including their specs and pricing. In October last year, the company launched the Honor X30 Max and Honor X30i, powered by MediaTek Dimensity SoCs. As a reminder, the Honor X30 Max sports a 7.09-inch screen with Full HD+ resolution, a 19:9 aspect ratio and a teardrop notch to house the selfie camera.

As a reminder, the company launched Honor X30 Max and Honor X30i smartphones in China in October 2021.

The Honor X30 Max sports a 7.09-inch screen with Full HD+ resolution (1080 x 2280 pixels), 19:9 aspect ratio and a waterdrop notch. The phone is powered by an octa-core MeidaTek Dimensity 900 SoC, coupled with 8GB of RAM. It has a rear dual-camera setup with a 64-megapixel main sensor and a 2-megapixel depth sensor. Up front, it gets an 8-megapixel selfie camera. It packs a 5,000mAh battery with 22.5W fast charging support.

On the other hand, the Honor X30i sports a 6.7-inch display with Full HD+ resolution (1080 x 2388 pixels), 19:9 aspect ratio, and a punch-hole cutout that houses the selfie camera. The handset is powered by a MediaTek Dimensity 810 octa-core SoC, paired with up to 8GB of RAM. It sports a triple rear camera setup with a 48-megapixel main lens, a 2-megapixel macro lens, and a 2-megapixel depth sensor. On the front, it has an 8-megapixel selfie camera. The handset packs a 4,000mAh battery with 22.5W fast charging support.