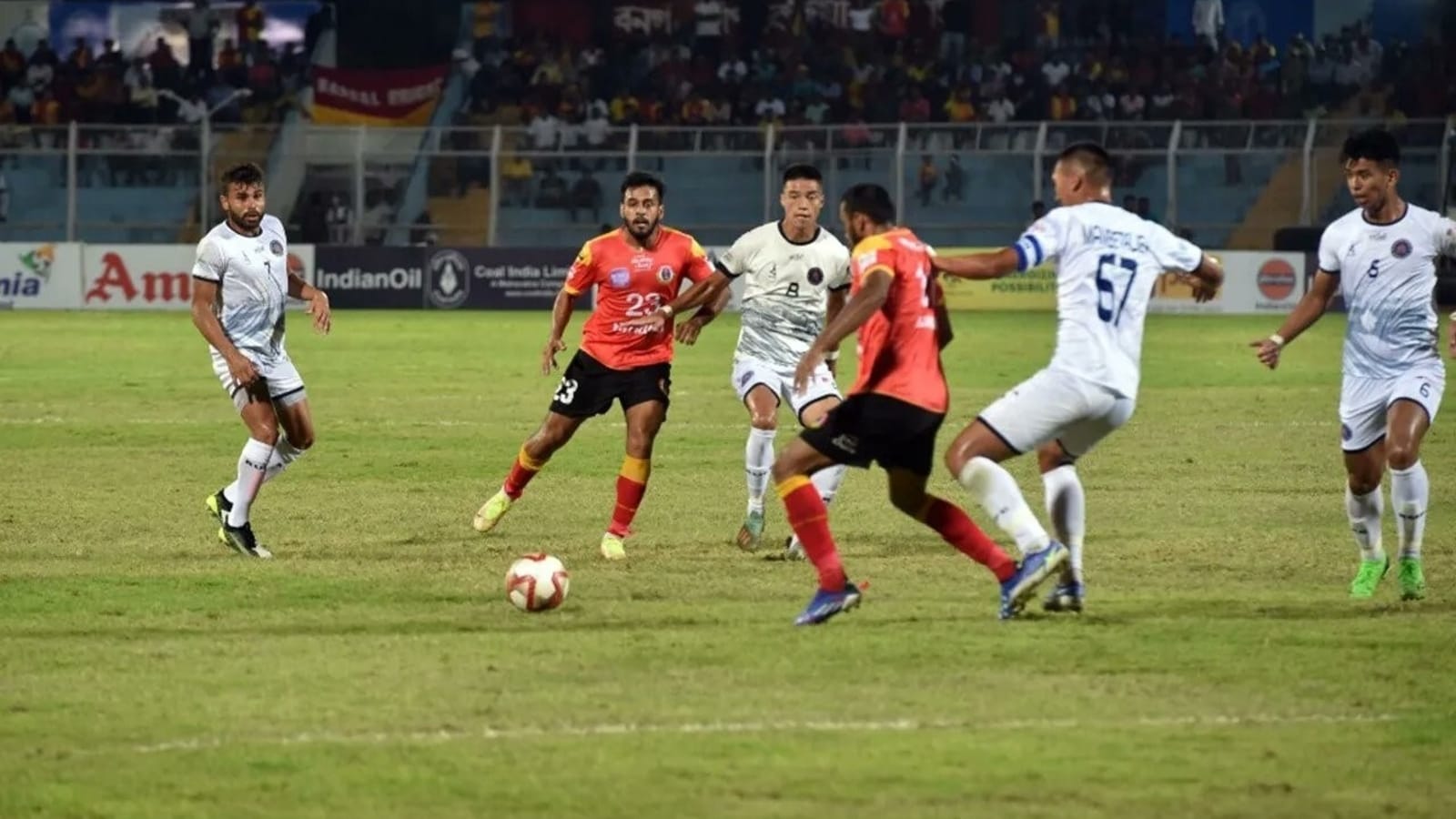 The East Bengal heavyweights were held to a goalless draw by Rajasthan United in a Durand Cup quick game at Kishore Bharati Krirangan (KBK) in Kolkata on Thursday. East Bengal had more chances in the Group B game and also more possession, but the Rajasthan team missed a penalty in the second half.

EB was in charge from the start as the RUFC soaked up the pressure in front of a raucous crowd of 12,000.

Just after an injured Ankit Mukherjee was replaced by Md. Rakip, Aniket Jadhav, who played superbly down the right flank, entered the box and cut for Amarjeet whose shot just grazed the crossbar.

Lalremsanga Fanai netted the RUFC’s first shot on target from a corner, but his acrobatic volley went straight to goalkeeper Kamaljit.

Constantine made two changes at the break, replacing Amarjit Kiyam with Souvik Chakrabarti and Spaniard Ivan Gonzalez with Kyriacou.

However, the golden chance to score came at the RUFC in the 61st minute when Lalremsanga was knocked down in the box by Souvik and referee Crystal John didn’t hesitate to point to the dreaded spot. Barboza Junior’s effort was weak and Kamaljit saved him easily.

In another game in Guwahati, Army Green squandered chances in the second half to earn a goalless draw against Sudeva Delhi FC.

Sudeva dominated possession in the first half and made it difficult for the Greens in midfield, but the army men created more chances in the second.

The start was intense with both teams pressing high to keep the ball. This created many changes as both midfielders couldn’t hold the ball down for long stretches.

Sudeva slowly started to control the game and created some movement in the Greens’ half.

The army men couldn’t get past midfield but they defended well with Soubhagyan Somraj and Sebin Varghese topping the back line. The army defense was also helped by Sudeva, who was not clinical in the final third.

The best chance of the first half came in stoppage time. A dead ball kick from captain Army Green PC Lallawmkima found an unmarked Anurag Gusain, who had the whole post free but his header went over the bar.

The score remained 0-0 at halftime.

Army Green dominated the second half and controlled the proceedings. Manager Robikanta Singh made changes which saw the army side increase the pressure on Sudeva’s defence.

Substitute Alan Thapa produced an excellent outing on the left flank, making blistering runs through the wings and putting in the crosses. One such move saw Alan’s cross completely missed by Albion Jose, who was left unmarked inside the box.

Army Green was creative with their sets. A corner from the right found Lallawmkima, whose header went wide even after Sebin tried to deflect it.

The draw took Army Green to four points from two matches and Sudeva to two points from as many matches.