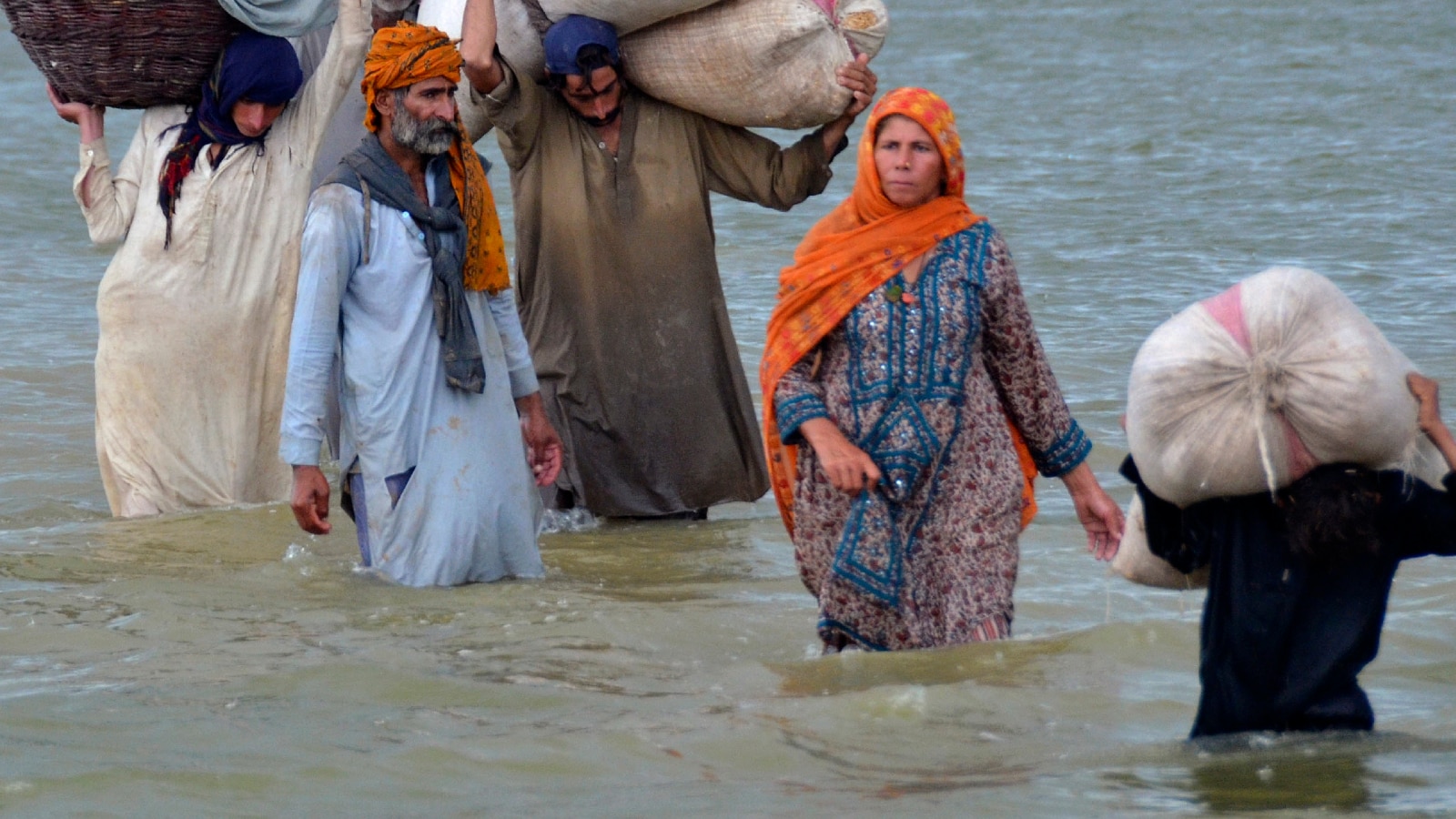 Floods in Pakistan caused by relentless monsoon rains have claimed over 937 lives, including 343 children, and left 30 million citizens homeless without access to clean water and sanitation.

The government declared a national emergency following the heavy rains and called the crisis a “climate-induced humanitarian crisis of epic proportions”.

The highest number of people died in Sindh province, with the death toll there reaching 306, according to data compiled by the National Disaster Management Authority (NDMA).

Families carry belongings scavenged from homes destroyed by monsoon rains, as they wade through floods to safety. The country should appeal for international help to deal with the floods pic.twitter.com/z17jnHnd49

Balochistan province also reported 234 deaths while Khyber Pakhtunkhwa and Punjab recorded 185 and 165 deaths respectively. The death toll in Pakistani-occupied Kashmir has reached 37 and 9 in the Gilgit-Baltistan region. One death has been reported in the Islamabad region.

Pakistan received 166.8mm of rain in August, an increase of 241% as it receives 48mm of rain on average during these months. Sindh and Balochistan regions, which were affected, saw an increase of 784% and 496% respectively, Dawn news agency reported citing Pakistan’s NDMA report.

Southern Pakistan continues to be rocked by flash floods while 23 districts in Sindh province have been declared affected. Climate Change Minister Sherry Rehman said the government had also set up a “war room” to deal with the crisis.

“Pakistan is going through its 8th monsoon cycle; normally, the country only has three to four cycles of [monsoon] rain,” Sherry said, as quoted by Dawn News Agency.

The gravity of the situation prompted the Sindh administration to request one million tents, while the Balochistan administration also requested 100,000 tents. The minister said all tent manufacturers have been notified of the requests and steps are being taken to remedy the situation.

(with contributions from Dawn)