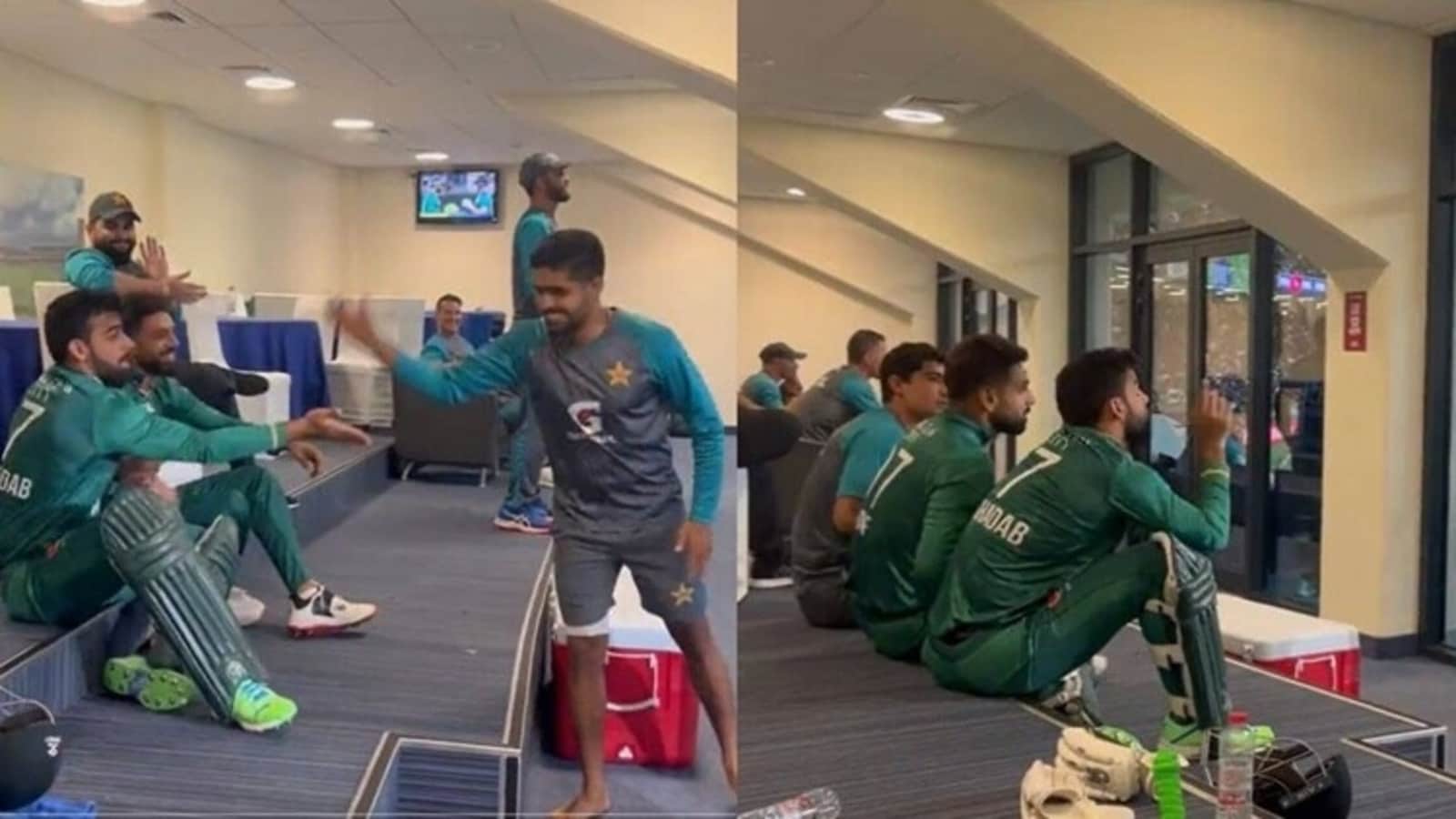 After suffering a five-wicket defeat last week, Babar Azam and co drew second blood against India at the ongoing Asian Cup 2022 in Dubai on Sunday. The team chased a hard target of 182 runs with one ball to spare and won the Super 4 encounter by five wickets. The high-tension encounter saw players from both sides get emotional during the game.

One such example was shared by Pakistan Cricket on social media, which captured the scenes inside the locker room as their team were engaged in a tense chase.

The chase was led by Mohammad Rizwan and Mohammad Nawaz and had narrowed to the 26 required for the final two overs. However, Asif Ali’s powerful strike against Bhubaneshwar Kumar, who was constantly trying to get away from the stump, saw the experienced setter concede 19 points, reducing the equation to seven required in the final.

Youngster Arshdeep Singh, who knocked down Asif Ali’s cart earlier in the contest, continued to contain the Pakistani batters and led the game to the final two deliveries. He also trapped Ali LBW on the fourth delivery but Pakistan crossed the line on the next ball.

Shadab Khan, who scalped two wickets in his four over quota, can be seen sitting all padded in the video, while urging his teammates: “Dua kar! Dua kar (Just pray)”.

Babar Azam, who is yet to explode in this Asian Cup, stood right next to the glass wall and eagerly waited for his boys to finish the chase. In doing so, he also calculates the number of outfielders and momentarily indulges in a celebration as Pakistan closes in on the target. “Paanch players aa gaya bhai (Five players entered),” the Pakistani captain can be heard saying in the video.

Rizwan, the star of the night, stands just outside the room on the balcony and continues to chat with the teammates. Moments after Asif crushed Arshdeep for a four in the final, the wicketkeeper batter can be heard saying, “is the ball mey khatam! (It ends this ball)”.

However, Asif leaves soon after, as Shadab holds his head and shouts, “Dua maangni padegi (I have to pray).”

The Pakistani dressing room then goes crazy as Iftikhar Ahmed takes the double, while the players inside the dressing room share a hug.