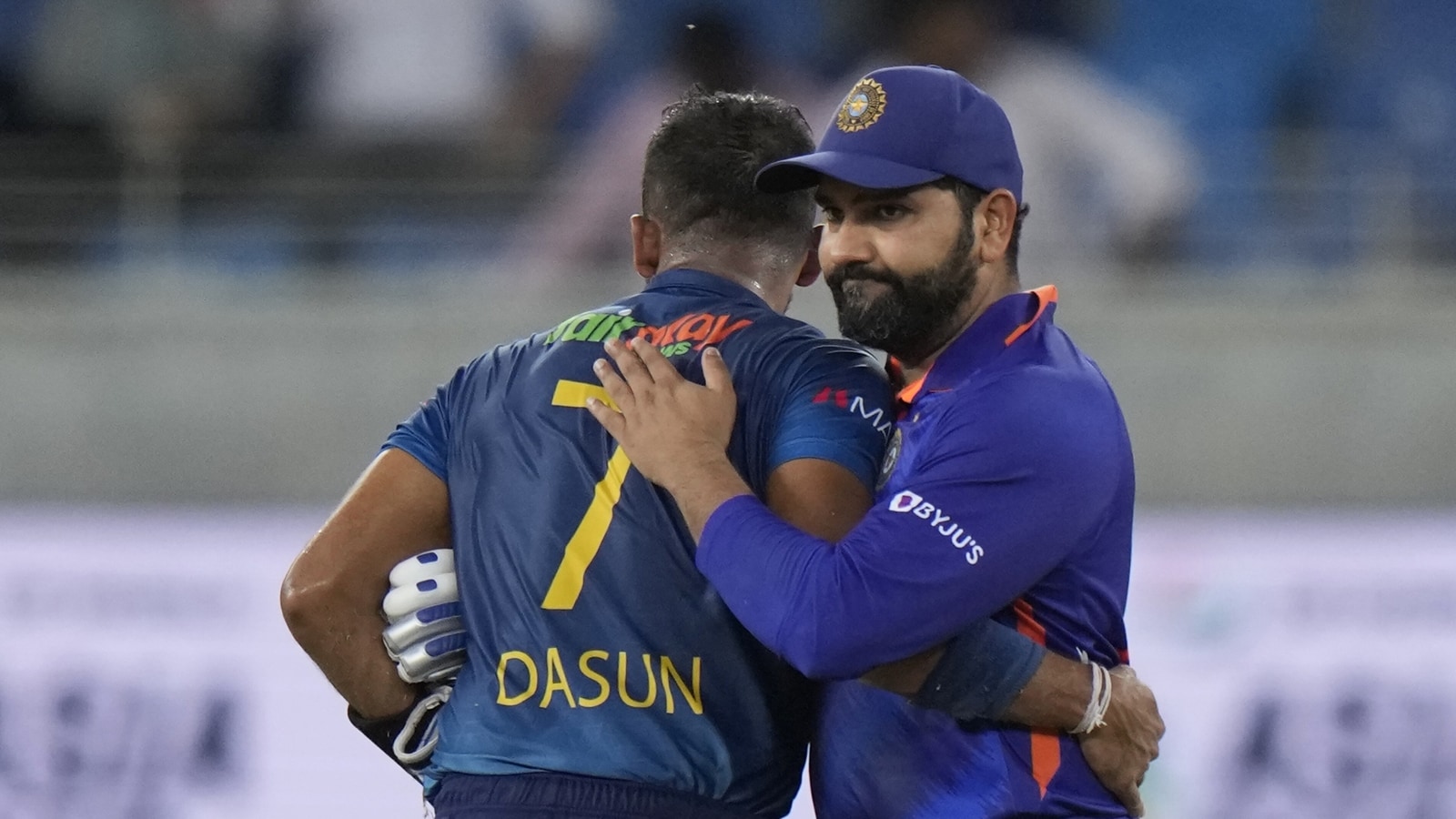 India were nearly knocked out of the Asian Cup after losing to Sri Lanka by six wickets in their second Super 4 match in Dubai on Tuesday. Rohit Sharma hit an imperious 72 from 41 balls but no one except Surya Kumar Yadav crossed 20 as India staggered at 173/8. Sri Lanka recorded their highest opening partnership in the T20I before Yuzvendra Chahal and Ravichandran Ashwin combined to take four wickets and bring India back into the game. Once again asked to defend seven out of six balls, Arshdeep Singh played full force but Bhanuka Rajapaksa and captain Dasun Shanaka kept their cool and took the win with one ball in reserve.

That the two teams tied 138/4 after 16.3 overs was pretty incredible considering Sri Lanka were 89/0 halfway through. Scoring 57 in the Powerplay, Pathum Nissanka and Kusal Mendis were sailing until Nissanka knocked down Yuzvendra Chahal in Sharma at the back spot. Three balls later, Charith Asalanka edged Suryakumar Yadav to the deep back square and India sniffed a chance. Another couple of wickets – Danushka Gunathilaka held off and Mendis trapped by Chahal – and India were back in the game. But once the spinners were eliminated, Sri Lanka slowly regained the initiative playing sensible cricket.

Tactically, India were once again outmaneuvered when at bat. Sri Lanka made better use of the conditions, playing faster and faster with the new ball, but then slowing it down by constantly slowing the pace of the ball. And the lines were straight, nothing extravagant throughout the sleeves, which meant India struggled to find width. The pace and opening effects of Sri Lanka on either side clearly surprised them.

KL Rahul, usually smoother against the pace, was executed by Maheesh Theeksana’s arm ball just after he leaped downfield to take the off the hook delivery on the half volley for a boundary on extra coverage. Thinking he could do it again, Rahul was hit in the boot this time. Committed to the plan to start fast, Virat Kohli played three runs and a wide before uncharacteristically crossing the line for a full and fast delivery from Dilshan Madushanka that built up into him to flatten his stumps out and in the middle.

Sharma stayed true to his game. Playing shots all around the park, Sharma took India out of an ordinary Powerplay (44/2) at 109/2 after the 12th where he cheated leg spinner Wanindu Hasaranga for 18 points, including two sixes. Asitha Fernando’s average pace was helped for a six and a four in the fifth, and again for a six and a four in the 10 after Dasun Shanaka failed to hold on to a difficult hold from cover . By the time Sharma broke through at Pathum Nissanka deep in the 13th, India were ready for at least 190.

But that didn’t happen. For 12 balls after Sharma’s dismissal, India couldn’t score a boundary, a rut culminating with Yadav trying to get Shanaka up but eventually gloving him to a wide slip. Rishabh Pant came on, found short cover before bludgeoning him through deep midwicket for four. Two balls later, four more, but this time by point. Hardik Pandya was also all about balance and power, launching at Shanaka for a huge six on long play. The wickets, however, began to fall in heaps. Pandya was caught on short third man, Deepak Hooda was given a life when he was deemed caught without a ball, but he could only survive three more deliveries, and Pant found a deep midwicket for a six . Ashwin hit a six but India could only add 46 in the final five overs. This ultimately clarified the difference between the two sides.