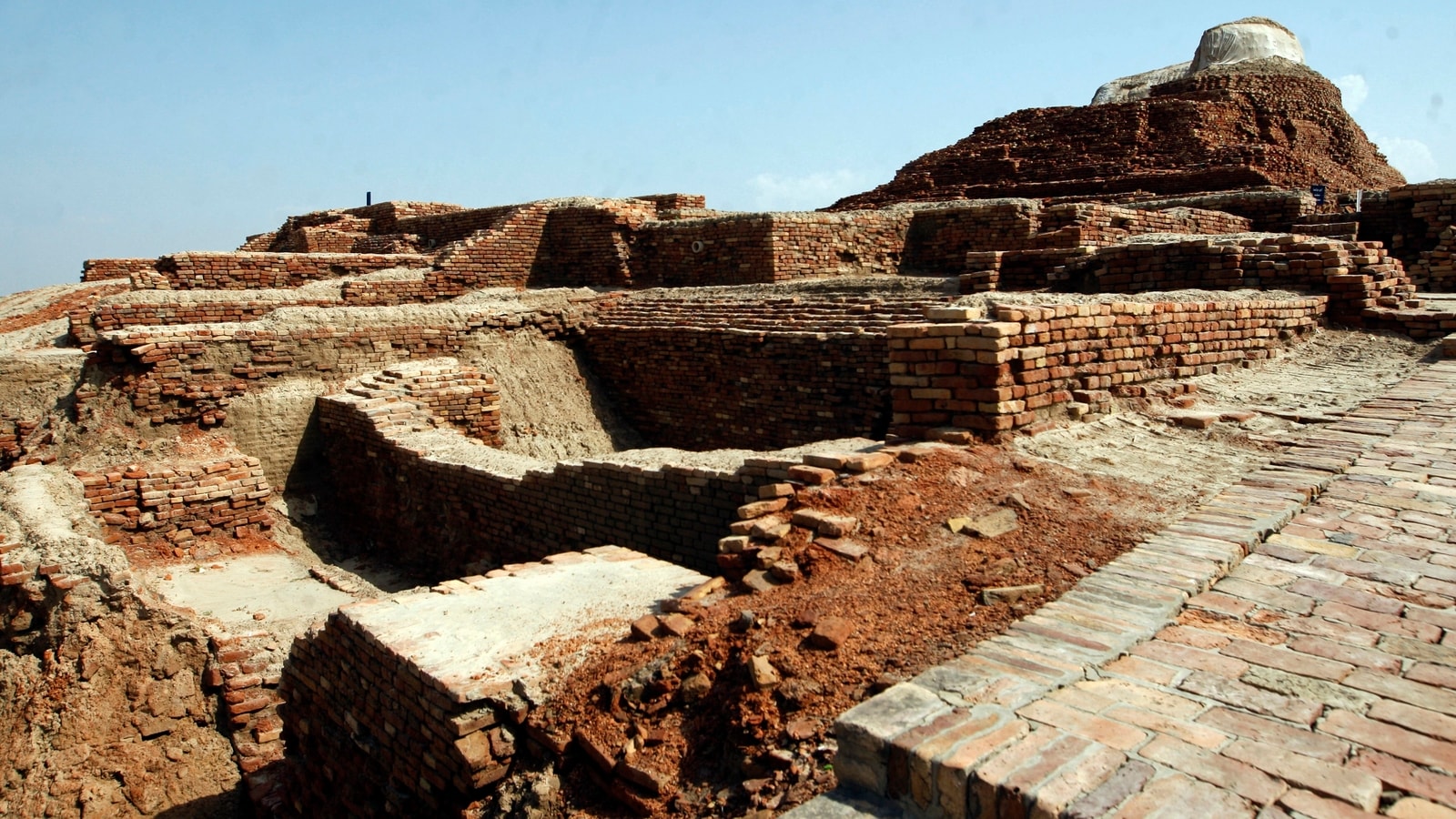 In flood-hit Pakistan, where an unprecedented monsoon season has killed hundreds, rains are now threatening a famous 4,500-year-old archaeological site, the site official said on Tuesday.

The ruins of Mohenjo Daro – located in the southern province of Sindh, near the Indus River and listed as a UNESCO World Heritage Site – are considered among the best preserved urban settlements in South Asia. They were discovered in 1922 and to this day mystery surrounds the demise of its civilization, which coincided with those of ancient Egypt and Mesopotamia.

The swollen waters of the Indus, a major river in this part of the world, have taken their toll as heavy rains and massive floods have devastated much of Pakistan. At least 1,343 people have been killed and millions lost their homes in the rising waters, with many experts blaming the unusually heavy monsoon rains on climate change.

UN Secretary-General Antonio Guterres said he was traveling to Pakistan on Wednesday to express his solidarity with his people and “to appeal for the overwhelming support of the international community for the people of Pakistan, in this hour of need after the floods. devastating things we are witnessing”. He said the floods are the result of climate change which is “accelerating the destruction of our planet”, warning: “Today it is Pakistan. Tomorrow it may be anywhere else.

The floods did not directly affect Mohenjo Daro but the record rains inflicted damage on the ruins of the ancient city, said Ahsan Abbasi, the site curator.

“Several great walls, which were built nearly 5,000 years ago, have collapsed due to monsoon rains,” Abbasi told The Associated Press.

He said dozens of construction workers under the supervision of archaeologists have started the repair work. Abbasi did not give an estimate of the cost of damage to Mohenjo Daro.

Abbasi said the Mohenjo Daro civilization, also known as “Mound of the Dead” in the local Sindhi language, built an elaborate drainage system, which has been critical in floods in the past.

Although the floods affected all of Pakistan, Sindh province was among the hardest hit.

On Monday, army engineers made a second cut in an embankment of Lake Manchar, Pakistan’s largest freshwater lake, to release rising waters in hopes of saving the nearby town of Sehwan from major floods.

Water from the lake has already flooded dozens of nearby villages, forcing hundreds of families to rush out of their mud-brick homes, many fleeing in panic.

Meanwhile, rescue operations continued on Tuesday with troops and volunteers using helicopters and boats to evacuate stranded people from flooded areas and to the nearest relief camps. Tens of thousands of people are already living in such camps, and thousands more have taken refuge by the roadsides on higher ground.

Ghulam Sabir, 52, from the outskirts of Sehwan, said on Tuesday he left his home three days ago after authorities ordered them to evacuate.

“I took my family members with me and came to this… safer place,” Sabir said, staying by the side of the road where he set up camp. He echoed the complaints of several other villagers – that no government aid had yet reached them.

Sabir said he didn’t know if his house had collapsed or not.

Prime Minister Shahbaz Sharif urged Pakistanis in a televised address on Tuesday to donate generously to flood victims, most of whom depend on government aid to survive. Sharif has also repeatedly called on the international community to send more aid to flood victims. He insisted that Pakistan is facing a tragedy induced by climate change.

In a statement on Tuesday, the UN refugee agency said it had handed over thousands of tents and other emergency items to the Sindh government, earmarked for people affected by flooded areas in the province.

Several experts say that since 1959, Pakistan has emitted about 0.4% heat-trapping carbon dioxide, compared to 21.5% in the United States and 16.4% in China. Last week, UN Secretary-General Antonio Guterres also called on the world to stop “sleepwalking” during the crisis.

According to Pakistani officials, António Guterres will travel to Sindh, but it is unclear if he will visit the archaeological site.